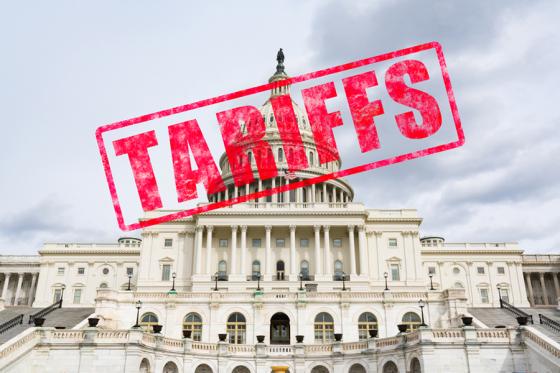 In the wake of the Trump administration’s decision to delay a tariff increase on Chinese goods that was originally set to go into effect this week, retailers expressed their approval of the news, which they characterized as a hopeful sign in trade negotiations between the countries.

“It’s good that the delay is going to go into effect – it holds off 25 percent tariffs being applied to a host of food and consumer products, which would raise prices on hard-working Americans,” noted Andy Harig, senior director, sustainability, tax and trade at the Arlington, Va.-based Food Marketing Institute, when asked for comment by Progressive Grocer. “We’re hopeful that it signals a successful conclusion to the trade talks.”

Beyond the grocery sector, retail industry figures were similarly upbeat in their response to the news.

“We welcome the progress made between the U.S. and China, and commend the administration for its efforts to address unfair trading practices,” said Matthew Shay, president and CEO of the Washington, D.C.-based National Retail Federation (NGA), the world’s largest retail trade association. “The decision to avoid a tariff hike is a positive development, and we encourage the administration to build on this momentum and reach a resolution that will eliminate uncertainty for American businesses and consumers. We look forward to continued progress and an agreement that will end tariffs and achieve a more fair and balanced trading relationship.”

“We commend the president’s decision to delay the tariff increase on thousands of everyday products that millions of American families want and need,” said Hun Quach, VP of international trade for the Arlington, Va.-based Retail Industry Leaders Association. “These ongoing negotiations have been hanging over America’s retailers causing uncertainty throughout our supply chain.”

Continued Quach: “The president has made the right decision to delay the tariff increase on $200 billion worth of goods. We look forward to continuing our work with Congress and the administration to quickly find a path forward that removes all tariffs on everyday consumer products.”

NGA cited the results of a study from a campaign it backs, Tariffs Hurt the Heartland, showing that U.S. workers would lose nearly 1 million jobs if tariffs on $200 billion of Chinese imports increased from 10 percent to 25 percent.

The retail industry has long maintained that a tariff increase would have an adverse effect on American jobs, disrupt supply chains and lead to price hikes.

An agreement in December between the United States and China to delay the implementation of tariffs on $200 billion worth of goods imported by China, which would have taken effect Jan. 1, in favor of negotiation was hailed by retailers as "a promising step forward for the retail food industry,” as FMI's Harig put it.

Move bound to have adverse effect on U.S. consumers, economy

Retailers, Others Warn of Tariffs’ Harm