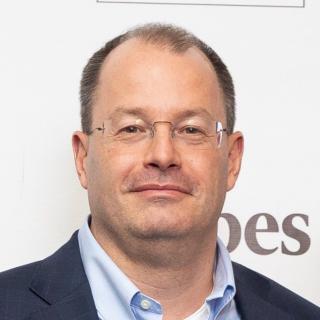 Before moving into the investment field, McCann spent more than two decades in the grocery industry, holding such roles as CEO of several Tesco businesses in Europe and Asia, Carrefour France, and Ahold’s $26 billion U.S. business. McCann left the company in 2016, the year it merged with fellow international retail conglomerate Delhaize.

“DailyPay has created an amazing platform that really helps both employers and employees in the grocery retail industry,” said McCann. “I am delighted to be able to help, as they are the gold standard in on-demand pay, which I know from my 20 years leading major food retailers is a hugely significant benefit that employees really need.”

“This is the future of pay,” noted DailyPay CEO and founder Jason Lee. “And if we are going to be the conduit to driving this massive positive movement, we need the absolute best on our team. As part of our commitment to our clients, and their workforces, we are excited to announce that we have joined forces with one of the industry’s most accomplished visionaries to provide keen insights that will be incredibly valuable to ourselves and to our blue-chip clients. James is a legend in the grocery retail space, and we are thrilled to have him join our team.”

DailyPay teams with such grocers as The Kroger Co., Leevers Supermarkets and Dave’s Markets.

Cincinnati-based Krogeremploys nearly half a million associates who serve 9 million-plus customers daily through a seamless digital shopping experience and 2,800 retail food stores under a variety of banner names. The company is No. 3 on The PG 100, Progressive Grocer’s 2020 list of thetop food and consumables retailers in North America.Operating more than 2,000 stores across 23 states, Ahold Delhaize USA, a division of Zaandam, Netherlands-based Ahold Delhaize, is No. 11 on PG’s list.