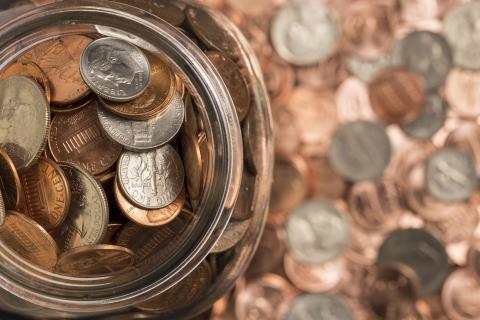 As part of the U.S. Coin Task Force, FMI and Walmart are encouraging the circulation of coins in the marketplace.

Although “altcoin” cryptocurrencies have been getting a lot of buzz lately, there is still value in the real deal. Following pandemic-related coin shortages in 2020 and the growing reliance on digital payments, FMI - the Food Industry Association is encouraging consumers to get coins back into circulation to support cash transactions at retail.

The Washington, D.C.-based FMI is a founding member of the U.S. Coin Task Force, which has dubbed October “Get Coin Moving” Month. Other participants in the task force include the retail giant Walmart and banking/currency organizations such as the American Bankers’ Association, JPMorgan Chase, Bank of America and Coinstar, among others. The U.S. government also takes part, through representatives from the U.S. Department of the Treasury and the Federal Reserve System.

The push to promote coins as part of purchase payments comes at a time of stagnating value for the traditional form of currency.  According to information released by FMI, much of the $48.5 billion in coins already in circulation is “sitting dormant” inside more than 128 million households in the U.S., largely due to changing spending habits during the pandemic.

This monetary dormancy poses challenges to small business, including retailers that are often reliant on cash transactions, and to America consumers who do not have access to banking services or digital payments.

“Our country is currently facing a coin circulation problem. In the food retail industry alone, 11% of all transactions are paid in cash,” pointed out Jennifer Hatcher, FMI’s chief public policy officer and SVP and a member of the U.S. Coin Task Force. “The best way to address the scarcity of coins impacting our business community and Americans reliant on legal tender for everyday purchases like groceries is to ‘get coin moving’ by spending or depositing the coins people have accumulated prior to and during the COVID-19 pandemic.”

To get the word out and spur people to spend their coins, deposit coins in financial institutions or redeem coins at coin kiosks, FMI and other task force members have developed toolkits for retailers and financial institutions to share. Customizable signage for businesses to display and social media graphics to spread the message to #getcoinmoving and are also available.

Bentonville, Ark.-based Walmart operates more than 10,500 stores under 48 banners in 24 countries, and e-commerce websites, employing 2.2 million-plus associates worldwide. Walmart U.S. is No. 1 on The PG 100, Progressive Grocer’s 2021 list of the top food and consumables retailers in North America.