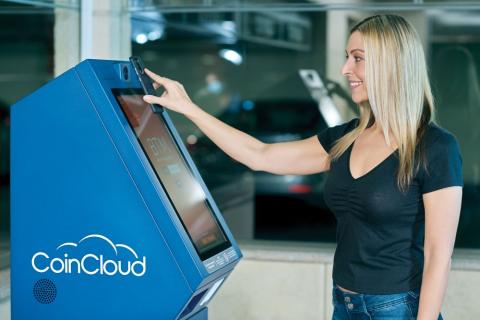 Companies like CoinCloud need to follow a "know your customer" process requiring that financial services providers verify that their customers are legitimate.

In 2021, food retailers need to educate themselves about digital currencies and the looming reality that businesses will eventually need the ability to accept various digital currencies. Already there are currency kiosks in place capable of processing Bitcoin and 30 other digital variants.

It can quickly become overwhelming, but knowing how the currencies are mined and tracked — to say nothing of blockchain and associated technologies — is hardly the most important thing for food retailers in 2021, according to Chris McAlary, CEO of Las Vegas-based digital currency services firm CoinCloud.

“If they wanted to go down that rabbit [hole] now, they could, but there is no reason,” says McAlary, adding that one doesn’t have to know how mobile phone service works at its technological core to craft a mobile marketing program.

What’s more vital is that all age groups are using digital currency — the company’s largest consumer group by volume is women age 45 and older — and that the transaction technology is quickly gaining legitimacy in the financial world. In addition, payment services such as PayPal are enabling digital currency transactions. No doubt, food retail consumers will one day expect such options while buying groceries.

That’s not the only positive change, according to McAlary. “Compliance has caught up,” he says about digital currencies in general. “Any company like us has to follow a KYC process.” KYC is an acronym for “know your customer,” and such processes require financial services providers to verify that their customers are indeed legitimate, in hopes of preventing fraud and other illegal activities.

“Mass adoption is here,” says McAlary, referring to the company’s base of 1,500 machines in 45 states. “It’s no longer underground. There are a lot of different use cases for these digital currencies, not just investing, but payment and smart contracts and gaming.”

Further evidence of mass adoption is evident from the growing partnership between Coinstar and Coinme. The companies said last December that their installed base of Bitcoin-enabled kiosks had surpassed 5,000 locations.

“The fast-moving expansion of Bitcoin-enabled Coinstar kiosks means that more Americans than ever now have the power to invest in digital currencies and stake their claim in the future of money — even on a quick trip to the grocery store,” notes Neil Bergquist, CEO of Seattle-based Coinme.

Meanwhile, CoinFlip says that it grew its ATM network from 441 ATMs in January 2020 to more than 1,400 by the end of that year, with locations in 45 states. The Chicago-based company adds that it saw an average 48% increase in the amount per customer transaction in 2020. According to CEO and founder Daniel Polotsky, a single machine can bring in from 100 to 200 people into a store who otherwise wouldn’t visit it. What’s more, food retail stores get a cut of that business.

As digital currency continues to gain ground, food retailers should, at the very least, start planning their moves by treating Bitcoin and its competitors as another form of alternative payment.

“Do your homework and understand on a higher level how it works,” advises CoinCloud’s McAlary, directing retailers to blogs run by companies such as his. “If they are not thinking about it now, they are probably going to be left behind.”