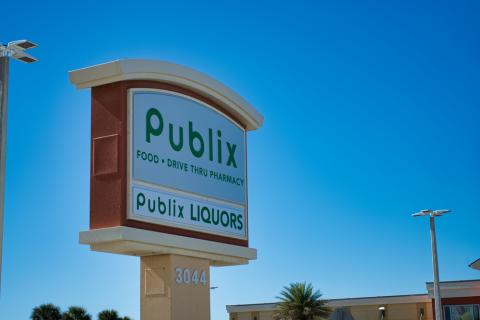 Despite a drop in net earnings for Q2, Publix saw sales lift 9.3% for that period.

Publix Super Markets is seeing continued sales momentum for its second quarter ended June 25, though its overall fiscal reporting for the period is a mixed bag. The grocer saw $12.9 billion in sales, a 9.3% increase from $11.8 billion during the same time period in 2021. Comparable store sales for the period increased 7.8%, while net earnings decreased 37.7% to $628.4 million.

Earnings per share for the time period decreased to $0.18 per share, down from $0.29 per share the previous year, with the numbers adjusted for the effect of the 5-for-1 stock split that occurred on April 14. Though Publix stock is not publicly traded, the company reports that effective Aug. 1, its stock price decreased from $14.91 per share to $13.84 per share.

“Unfortunately, our results were not enough to offset challenges in the stock market,” said Publix CEO Todd Jones. “I continue to be proud of our associates for making shopping a pleasure at Publix.”

In June, the Lakeland, Fla.-based retailer officially broke ground on its first location in Kentucky, which marks the grocer’s entry into its eighth state of operation. A second Louisville Publix location is expected to open in the first quarter of 2024, and the retailer also announced a third Kentucky location slated for late 2024, this one in the city of Lexington.

Employee-owned and -operated Publix has close to 1,300 supermarkets in Florida, Georgia, Alabama, South Carolina, Tennessee, North Carolina and Virginia. Publix is No. 12 on The PG 100, Progressive Grocer’s 2022 list of the top food and consumables retailers in North America.