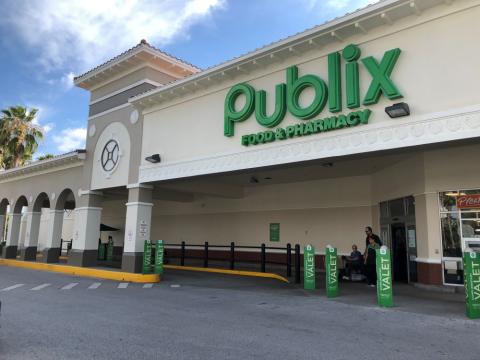 Publix activated a register donation program to allow customers and associates to make donations to support those affected by recent weather events.

Following reports of severe weather in the Southeast, Publix Super Markets has activated a register donation program to allow customers and associates to make donations to support those affected by the recent weather events.

The Washington Post reported an outbreak of severe weather, including several destructive tornadoes, that swept across the South on March 25, killing at least five people in Alabama and one in Georgia. The storms came after roughly 50 tornadoes tore through the region a week earlier.

“We’re saddened by the destruction in communities in the Southeast due to the tornadoes, and know they will need help to rebuild,” said Publix Director of Community Relations Dwaine Stevens. “It is our privilege to offer a way to assist our neighbors in their time of need.”

Meanwhile, Fort Meyer, Florida-based ABC7 reported that severe weather ripped through the region from Texas to North Carolina on March 27 and 28, including record rains that caused massive flooding in Tennessee.

To aid recovery efforts, Publix customers may donate any monetary amount by adding it to their grocery totals at the register throughout the retailer’s Atlanta division, which includes northern Alabama and northern Georgia. Donations will be channeled through the Red Cross and designated specifically for spring tornadoes and floods relief. The end date for the program will be determined based on customer response.

Additionally, Publix Super Markets Charities is donating a total of $100,000 to the Red Cross and United Way to support relief efforts in the affected areas.

Since 2015, Publix Super Markets Charities, which supports nonprofits in Publix’s operating area, has donated more than $27 million to Feeding America and its member food banks.

Publix recently reported sales of $11.2 billion for its fourth quarter ended Dec. 26, 2020, a 14.8% increase from $9.8 billion in 2019. Same-store sales increased 13.4%. The company estimated that its fourth-quarter sales increased approximately $850 million, or 8.7%, due to the impact of the coronavirus pandemic.

Privately owned and operated by its more than 225,000 employees, Lakeland, Florida-based Publix has 1,268 stores in Florida, Georgia, Alabama, Tennessee, South Carolina, North Carolina and Virginia. The company is No. 12 on The PG 100, Progressive Grocer’s 2020 list of the top food and consumables retailers in North America.