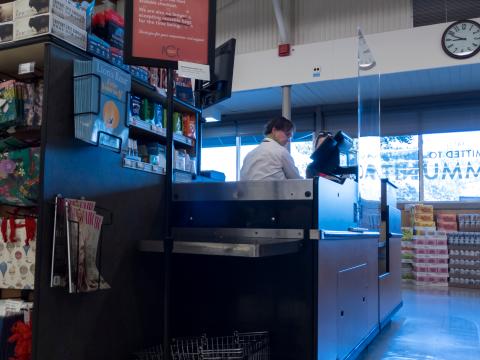 PCC invested more than $4 million during 2020 in unforeseen COVID-related costs and safety measures at its 15 locations.

PCC Community Markets has released its “2020 Co-op Purposes Report,” which details its service not only to its own members, but also to the larger cooperative community. Following are highlights from the report:

The full report is available online.

In other PCC news, the grocer revealed that it gave back more than 60% of its profit to its community, including its first-ever member dividend of $3.9 million. PCC’s 2020 grocery sales came to $383.2 million — a 26.1% increase from the prior year, aided by the opening of two new stores and higher pandemic-related spending by its members — with net income, including one-time impacts from historical tax refunds, of $2.7 million, a 26.4% rise from the prior year. As well as providing its community with more than $700,000 in financial and in-kind support, the co-op invested more than $4 million during 2020 in unforeseen COVID-related costs and safety measures at its 15 locations, and in staff appreciation pay.

In January 2020, PCC debuted a new member benefit program enabling members, including staff, to receive an annual dividend. Based on the co-op’s financial results and the needs of the business in a given fiscal year, the dividend is paid to active co-op members out of the profit the co-op makes specifically from member sales. The average 2020 member dividend paid was $46.93.