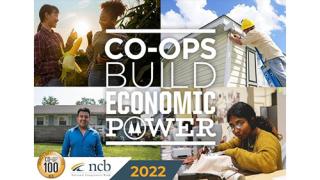 Aside from grocery, the report’s main sectors are agriculture, hardware and lumber, finance, health care, and energy and communications. In the agriculture sector, Inver Grove Heights, Minn.-based CHS Inc. reported $38.4 billion in revenues in 2021, maintaining its first-place position on the list, and Kansas City, Mo.-based Dairy Farmers of America was still second, with $19.3 billion in revenues.

“While the companies and rankings change each year, the cooperative sector continues to advance, playing an increasingly influential role in the national and global economy,” noted Arlington, Va.-based NCB. “Released annually in October during National Co-op Month, the ‘NCB Co-op 100’ is just one way the bank strives to educate and promote the importance of this sector.”

The “NCB Co-op 100” is the only annual report of its kind to track the profits and successes of cooperative businesses in the U.S.

Keasbey, N.J.-based Wakefern Food Corp., consisting of close to 50 members that independently own and operate 360-plus supermarkets under the ShopRite, Price Rite Marketplace, The Fresh Grocer, Dearborn Market, Gourmet Garage and Fairway Market banners in the northeastern United States, is No. 25 on The PG 100, Progressive Grocer’s 2022 listing of North America’s top food and consumables retailers in North America. Kansas City, Kan.-based AWG, the nation’s largest cooperative food wholesaler to independently owned supermarkets, serving more than 1,100 member companies and 3,100 locations in 28 states from eight full-line wholesale divisions, is No. 35 on PG’s list. 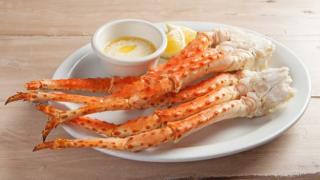 Following a tough seafood month in September, the segment has received another blow to potential sales. The Alaska Department of Fish and Game (ADF&G) has, for the first time in state history, canceled the winter snow crab season in the Bering Sea because crab stock is estimated to be below the regulatory threshold.

The closure reflects conservation concerns, as state officials say an estimated 1 billion crabs have mysteriously disappeared in two years, marking a 90% drop in their population.

As reported by CBS News, ADF&G researcher Ben Daly is investigating where the crabs have gone. Daly monitors the health of the state's fisheries, which produce 60% of the nation's seafood. He cites climate change as a possibility. According to the National Oceanic and Atmospheric Administration, Alaska is the fastest-warming state in the country, and is losing billions of tons of ice each year — critical for snow crabs, which need cold water to survive.

In a press release issued on Oct. 10, the ADF&G noted: "Management of Bering Sea snow crab must now focus on conservation and rebuilding, given the condition of the stock. Efforts to advance our science and understanding of crab population dynamics are underway. With crab industry input, ADF&G will continue to evaluate options for rebuilding, including potential for sustainably fishing during periods of low abundance. This will allow ADF&G to work on issues related to state and federal co-management, observer coverage, discard mortality and fishery viability."

Gabriel Prout, whose Kodiak Island fishing business relies heavily on the snow crab population, told CBS News that there needs to be a relief program for fishermen, similar to programs for farmers who experience crop failure, or for communities affected by hurricanes or flooding. 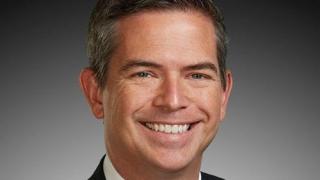 Blue Diamond Growers has revealed that Mark Jansen is stepping down after 12 years as president and CEO. He is staying with the grower-owned cooperative until a successor is named.

During his dozen-year run, Jansen steered the company to growth at a time of accelerating consumer demand. Among other accomplishments, he led the expansion into five new almond product categories and achieved double-digit compounded annual growth for Blue Diamond’s branded business. Under his leadership, the company opened a new 200-million-pound manufacturing facility in Turlock, Calif., and created a global network of licensee partners for its burgeoning almond milk line, Almond Breeze.

“Together, we have been fortunate to accomplish what we committed to do – and more,” said Jansen. “Helping the great people of Blue Diamond thrive has been an honor and privilege."

Blue Diamond Chairman Dan Cummings noted that Jansen’s leadership proved pivotal. “Mark promised us 10 years and gave us 12, and we greatly appreciate his significant contributions to all the stakeholders of Blue Diamond,” Cummings said. “Blue Diamond has transformed into a leading $1.6 billion global branded business and one of the most consistent and fastest-growing food and beverage companies in the world. He has built an incredibly strong and experienced executive team that has delivered healthy year-over-year revenue growth resulting in increasingly superior returns to our grower-owners.”

In the wake of Jansen’s announcement, the board of directors has established a CEO succession committee and is reviewing internal and external candidates with an executive search firm.

Founded in 1910, Blue Diamond represents more than 3,000 almond growers in California. The co-op is based in Sacramento, Calif., and currently has about 1,800 employees. 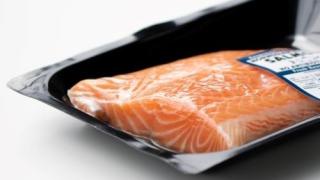 While sales in fish decreased by more than 10% in September due to shoppers bypassing categories that have been hit hard by price hikes, salmon still managed growth in a tough seafood month. This is according to the latest data from 210 Analytics and Information Resources Inc. (IRI).

As indicated from IRI's September performance report, frozen seafood dollar sales were about $29 million higher than fresh seafood in September 2022. While sales in both areas declined when compared with last year, fresh lost more ground. Only shelf-stable seafood (canned and pouches) increased, rising 7.8%, although units and volume were down.

In the third quarter of 2022, Chicago-based IRI found that fresh seafood generated $1.6 million in sales. Despite the inflationary boost, the unit and volume declines were too steep to achieve dollar growth. Total fresh seafood sales were down 7.8% in the third quarter, with the majority of this decline driven by fresh shellfish. Compared with 2019, the pre-pandemic normal, dollar sales were far ahead and volume was about the same.

According to IRI, fresh salmon was the top performer in the third quarter of 2022 as well as in the month of September. Fresh salmon alone is bigger than all of fresh shellfish combined. Yet salmon grew dollar sales by a little under 6% while keeping pounds steady in what was a very strong month. Two other areas that improved pound sales were crab and lobster, but both are lapping last year’s declines. Tilapia sales were down more than 20% in dollars and more than 40% in volume on very high inflation.

Lawsuit by Tops Market Trustee Against Morgan Stanley May Proceed 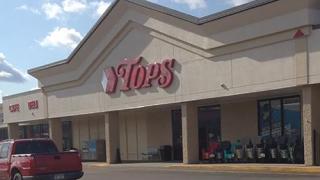 A New York bankruptcy judge ruled Oct. 12 that a lawsuit filed by the litigation trustee for Tops Market LLC against New York-based Morgan Stanley and other defendants may proceed.

Kyle Lonergan, of McKool Smith, lead counsel for the plaintiff in Alan D. Halperin v. Morgan Stanley Investment Management Inc., et al, and noted: “We are happy with the decision and look forward to prosecuting the case for the benefit of the creditors of Tops.” The law firm has offices in Austin, Texas; Dallas; Houston; Los Angeles; Marshall, Texas; New York; Washington, D.C.

As reported in Law360, Morgan Stanley-led group of private-equity investors purchased Tops in 2007 for $300 million, $227 million of that amount funded by debt issued by Tops, and sold it in 2013 to a group of Tops executives for $21 million. After Tops filed for Chapter 11 in 2018 and a $455 million reorganization plan was approved, a litigation trust was established. In 2020, trustee Halperin filed suit against Morgan Stanley and the other private-equity owners.

Aldi Cuts Prices on Dozens of Products Ahead of Holidays 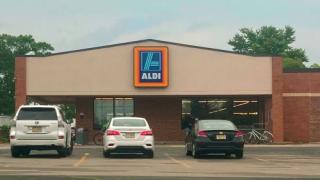 In an effort to help shoppers save money this holiday season, Aldi has slashed prices on many of its top-selling items. The new prices will last through the end of the year and are an extension of the Aldi Price Promise to be the low-price leader throughout the communities it serves.

Prices on products including frozen ground beef, frozen sushi rolls, cold smoked salmon, raw honey and bacon have been lowered by as much as $1. Organic black beans, snacking cheese and cooking spray have also been added to the discounts.

[Read more: "Why Aldi Is at the Sweet Spot of Food Retailing"]

“We know saving money has never been more important, and it’s especially important for our shoppers as they head into the busy holiday season. That’s why we are dropping prices on some of our most popular items in order to make the biggest impact on our customers’ grocery bill,” said Scott Patton, VP of national buying. “As we kick off the busiest time of year for buying groceries, we want our shoppers to know we are focused on giving them the best possible prices so they can focus on celebrating the holidays with their friends and families.”

Operating in 38 states, Batavia, Ill.-based Aldi U.S. is No. 24 on The PG 100, Progressive Grocer’s 2022 list of the top food and consumables retailers in North America.