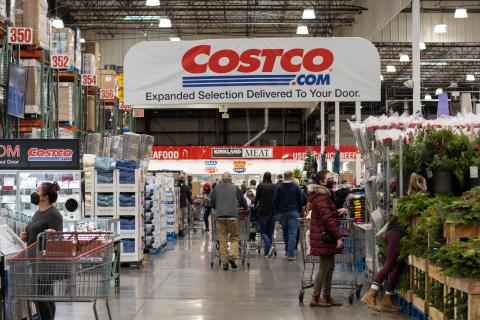 Costco Wholesale fared well on the Forbes list, coming in No. 1 in Colorado, Idaho, Nevada and Washington.

Grocers large and small made a fair showing on the fourth annual America’s Best Employers by State list released by Forbes, which surveyed 70,000 Americans working for businesses with at least 500 employees. The list was divided into 51 rankings, one for each state and the District of Columbia, and a total of 1,382 companies made the final list. Employee questions focused on working conditions, salary, potential for growth and diversity.

Issaquah, Wash.-based Costco Wholesale took high marks in several states, and came in No. 1 in Colorado, Idaho, Nevada and Washington. The wholesaler made the Top 5 in nine other states. Minneapolis-based Target Corp., meanwhile, was ranked as a top employer in 29 states, coming in the Top 5 in Montana and Idaho.

Trader Joe’s took the top spot in Maryland and Wegmans Food Markets was the No. 1-ranked employer in Massachusetts. New Seasons Market was the No. 3 employer in the state of Oregon and H-E-B was listed as No. 9 in Texas. Aldi was among the top employers in six states, while WinCo Foods held the No. 7 spot in Oregon.

Publix Super Markets was recognized for the fourth consecutive year, ranking as the No. 3 employer in South Carolina and also being listed as No. 28 in Florida, No. 26 in Georgia, No. 23 in North Carolina, No. 20 in Tennessee and No. 19 in Alabama.

“At Publix, we have a culture of appreciation for our associates and our customers,” said Maria Brous, director of communications at Lakeland, Fla.-based Publix. “This culture stems from our company’s philosophy of respecting the dignity of the individual. We’re proud to provide opportunities for associates to become company owners and share their ideas for innovation and improvement of processes.”

Other grocers named to the Forbes list from various states include: