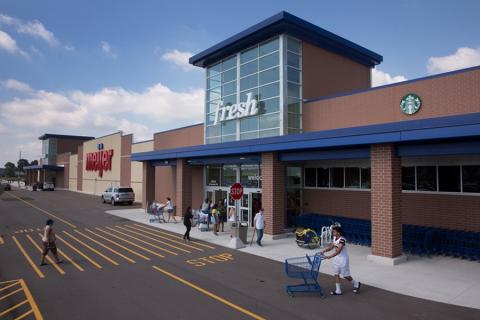 A Meijer supercenter in Warren, Mich.

Meijer Inc. is entering the northeast Ohio market for the first time with the May 14 opening of three 155,000-square-foot supercenters in the communities of Stow, Avon and Mentor, according to a published report.

The company first revealed the opening date for the three stores in April.

The three new stores bring Meijer’s total retail locations in Ohio to 42, along with a distribution center and dairy processor plant, employing a total of 10,000 associates in the state, the Akron Beacon Journal reported, noting that the Grand Rapids, Mich.-chain will now operate more than 240 supercenters across Wisconsin, Michigan, Ohio, Illinois, Kentucky and Indiana.

Ken Barclay, the company’s Cleveland, Ohio, market director, told the publication that Meijer plans to differentiate itself from its nearby competitors, which include Aldi and Giant Eagle, by trying to fit in better in the local community and also with dedicated employees.

The retailer has been in Ohio since 1981, when it opened a store in the Columbus area.

Meijer is No. 7 on Progressive Grocer’s 2019 Super 50 list of the top grocers in the United States.