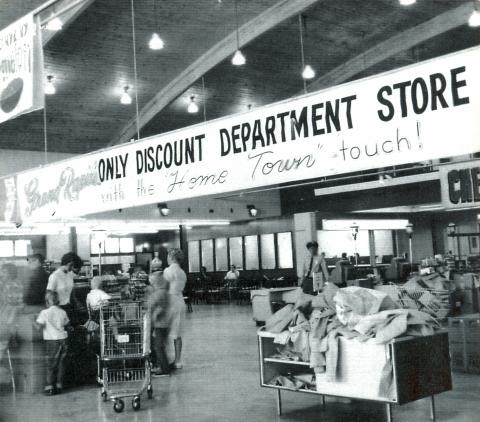 Meijer opened its first supercenter, dubbed "Thrifty Acres," in its home state of Michigan in June 1962.

It was June 1962 when Meijer, Inc. entered the supercenter arena with the opening of its pioneering “Thrifty Acres” store in Grand Rapids, Mich. The location built on the retailer’s general merchandise department that was added to one of its stores in 1955 and the concept combined supermarket shopping with a full range of general merchandise, a café, a pharmacy and other services.

"The opening of 'Thrifty Acres' in June 1962, was history in the making, although I'm not sure our dad and grandfather realized it at the time," said Meijer Executive Chairman Hank Meijer. "They saw an opportunity to serve their customers better by offering a great variety of merchandise all under one roof. Dad would love to be here today to see how their fundamental philosophy has continued to guide our team members and serve our customers."

That original supercenter was home to 25 departments ranging from men’s, women’s and children’s clothing to appliances, fine jewelry and sporting goods. While Meijer owned the building and operated the supermarket and health and beauty departments, most of the remaining departments were leased to outside vendors.

The retailer has since grown to 266 supercenters and supermarkets across six Midwestern states, and that original Grand Rapids supercenter location was replaced in 2010 by a new building with a full array of shopping options and technological innovation. In an ode to its legacy, some of the wooden arches from the original store now sit at the main parking lot entrance.

Throughout the years, Meijer has been committed to supporting its community via philanthropic work and donations, as well as its Simply Give program that has generated more than $69 million since 2008 to help Midwest food pantries keep their shelves stocked. Additionally, the Meijer Team Gives program gives store and distribution facility team members the opportunity to select the nonprofits the retailer supports based on their local ties.

"Fred Meijer always said he wanted to leave the world in a little better place than when he entered it," said Meijer President and CEO Rick Keyes. "He certainly achieved that dream, which has been the foundation for our company ever since. As we look at all our achievements over the decades, including the creation of the supercenter, I'm amazed at how far we've come and look forward to seeing what the future will bring."

Grand Rapids, Mich.-based Meijer operates in Michigan, Ohio, Indiana, Illinois, Kentucky and Wisconsin. The company is No. 20 on The PG 100, Progressive Grocer’s 2022 list of the top food retailers in North America.