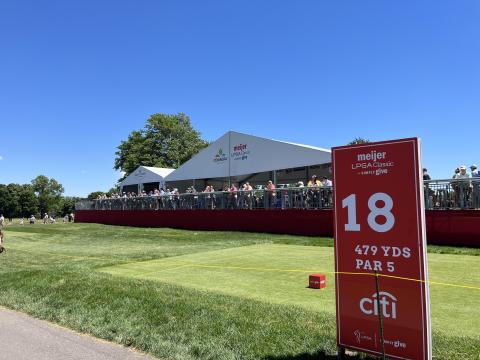 It was a nail-biting finish at the Meijer LPGA Classic on June 19, with professional golfer Jennifer Kupcho besting the competition after two sudden-death playoff holes. Beyond the green, there was another strong finish to the event, as supporters raised $1.25 million for Meijer’s Simple Give program that provides meals to 262 local food pantries.

A string of beautiful days at the Blythewood Country Club near Meijer’s headquarters in Grand Rapids, Mich., combined with an eagerness to enjoy the event following a COVID-cancelled 2020 and scaled-back 2021, spurred record-setting attendance and helped push the fundraising goal over the top. “Last year, we helped raise $1.1 million, which was incredible considering how hard of a year that was. Knowing how much everyone rallied around us then, we decided to raise our goal this year, hoping to raise $1.2 million by the end,” Sonny Franks, corporate communications specialist for Meijer, told Progressive Grocer on a walkabout during the event. To date, the Meijer LPGA Classic events over the past several years have generated $8.65 million for Simply Give.

In the first full year back since 2019, Meijer made some tweaks to the annual LPGA tournament that it has hosted since 2014, including food-related enhancements. For example, the retailer moved its Grand Taste hospitality experience featuring fare from local restaurants from a ticketed event to general concessions. “As a grocer, feeding people is important to us – not just feeding people for Simply Give, but also feeding people on the golf course. Nothing is over $4 at the Grand Taste concessions, so it’s super-accessible for everyone,” Franks explained.

To provide a more premium experience, the retailer added a 20,000-square foot J. Brewer’s hospitality pavilion off the fourth fairway with elevated food and beverage pairings prepared by local- and monitory-owned restaurants. The all-you-can-eat experience cost $75 a day, with a menu that included lobster tail and ribeye steak for Father’s Day.

Other updates include a family care station and a Discovery Land children’s play area with all kind of activities for children.

Meanwhile, Meijer’s core business was reflected at several points during the event. “All meat and seafood being served here are Meijer meats,” pointed out Franks. Event sponsors included dozens of food and beverage CPG partners, including lead sponsors KraftHeinz, PepsiCo and General Mills. Other brands had a presence in the children’s and family care tent.

A popular event for Michiganders who come out to watch 144 pro players with nine of the world’s 10 best female golfers, the tournament is also a draw for Meijer employees. “Everyone is really excited to be out. Team bonding experiences take place and a lot of our team members are volunteers who want to help. We feel support not just from our leadership in putting on the event – every level of the company is represented and feels a part of it,” Franks said.

Wheels are already in motion for next year’s Meijer Classic, set for June 15-18 at Blythewood Country Club.

Meijer operates more than 260 supercenters and grocery stores in Michigan, Ohio, Indiana, Illinois, Kentucky and Wisconsin. The company is No. 20 on The PG 100, Progressive Grocer’s 2022 list of the top food retailers in North America. 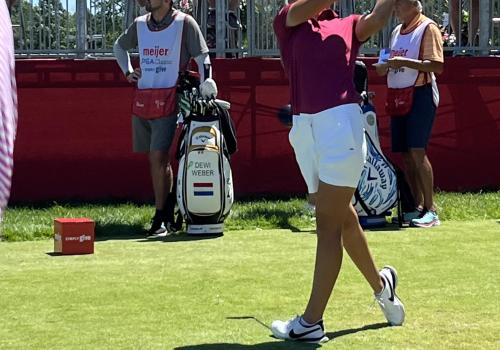 More than 144 elite golfers competed in this year's Meijer LPGA Classic, including nine of the 10 top players.
Image 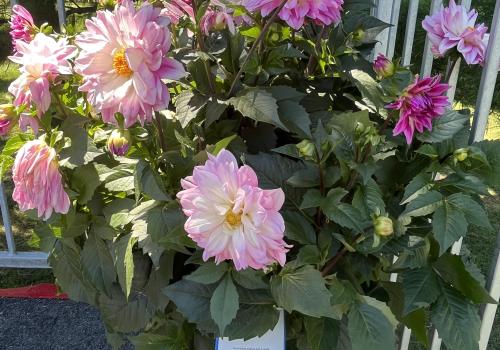 Meijer spotlighted its grocery products during the golf tournament, from floral containers to fresh meats.
Image 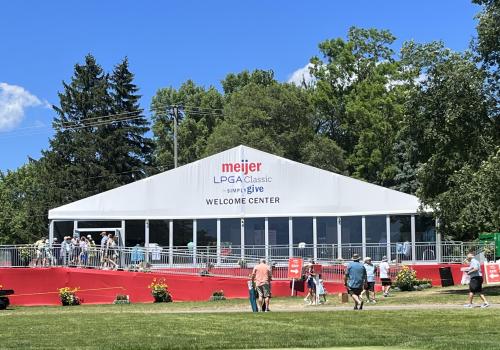 Since 2014, the Meijer LPGA Classic has raised $8.65 million for hundreds of local food pantries in communities the grocer serves.
Image 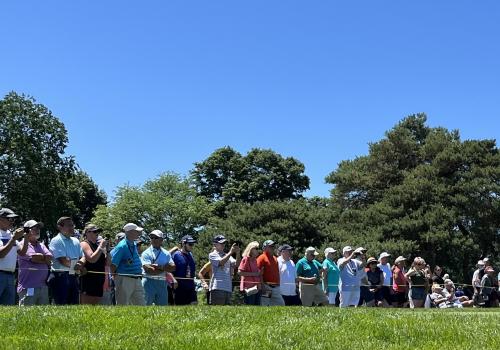 Back at full strength in 2022, the Meijer LPGA Classic attracted record-breaking crowds from June 16-19.