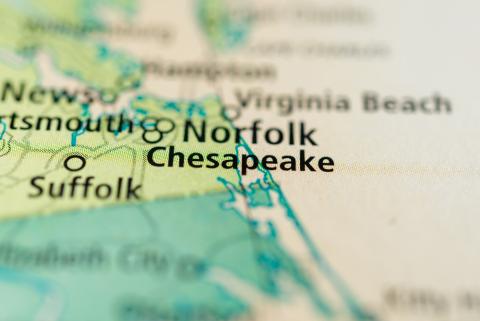 Chesapeake, Va., is the location of the latest mass shooting inside a retail store — in this case, a Walmart.

A Walmart in Chesapeake, Va., became the latest site of a mass shooting inside a retail store on the night of Nov. 22, when six people were killed just ahead of Thanksgiving. The assailant was later found dead in the store as well, according to authorities. Five people wounded in the shooting were taken to Norfolk General Hospital for treatment, according to published reports.

As The New York Times pointed out, it was the second high-profile mass shooting in the United States in three days, following the murder of five people at an LGBTQ club in Colorado Springs this past weekend.

The Chesapeake police department responded to a report of a shooting at the store at about 10:12 p.m., approximately 45 minutes before the store was scheduled to close. Investigators believe that the shooter was an employee or former employee of the store who shot other employees in a break room and later turned the gun on himself, CNN reported, citing a law enforcement source.

In a statement, Walmart said: “We are shocked at this tragic event at our Chesapeake, Va., store. We’re praying for those impacted, the community and our associates. We’re working closely with law enforcement, and we are focused on supporting our associates.”

The Walmart shooting is just the latest to occur at a grocery store or mass merchandiser. At Walmart in 2019, for example, 23 people were killed at a store in El Paso and two employees were shot to death at a location in Southaven, Miss. Earlier this year, 10 people were killed at a Tops supermarket in Buffalo, N.Y., and two people lost their lives at a Bend, Ore., Safeway.

In response to this alarming trend, grocers are increasing their preparedness training. FMI – The Food Industry Association and The Power of Preparedness (TPOP), an online training platform, have revealed partnerships with three Midwestern food retail chains: Dierbergs Markets, Heinen’s Grocery Store and Schnucks Markets. Management and employees at these companies are receiving customized e-learning that will improve their preparedness for potential incidents of workplace violence, including active-shooter events.