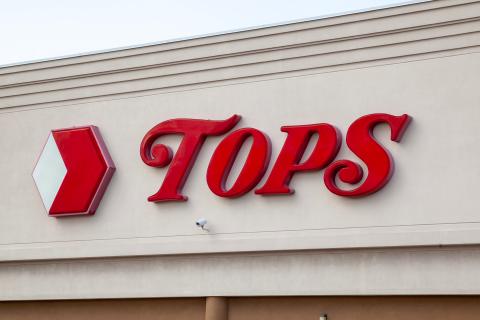 Tops is working to make sure that all of its associates have access to any counseling and support that they may need after a deadly mass shooting on May 14.

A Tops Friendly Markets in Buffalo, N.Y., was the scene of a racially motivated mass shooting at around 2:30 p.m., on Saturday, May 14 that left 10 dead and three injured.

According to a statement released by Tops: “We are shocked and deeply saddened by this senseless act of violence, and our thoughts and prayers are with the victims and their families. Our top priority remains the health and well-being of our associates and customers. We appreciate the quick response of local law enforcement and are providing all available resources to assist authorities in the ongoing investigation.”

It is alleged that Payton S. Gendron,an 18-year-old Caucasian male,drove more than 200 miles from his hometown of Conklin, N.Y., to the Tops store in Buffalo on Jefferson Avenue near Riley Street, which is located in a predominantly Black neighborhood, with the intent to commit a crime. Wearing tactical gear and armed with an assault weapon, Gendron allegedly started shooting in the grocery store parking lot before making his way inside the store.

The Jefferson Tops location had a security guard, Aaron Salter Jr., a retired member of the Buffalo Police Department. Salter fired at the shooter, but the bullet didn't break through the gunman’s armor. Salter was among those shot and killed in the attack. In total, 13 people — 11 of whom were African American — were shot, with three suffering non-life-threatening injuries.

Prior to the attack, Gendron allegedly published a document online that contained racist, anti-immigrant and anti-Semitic views. The assault rifle that the gunman used in the attack was also adorned with a racist slur and a number that reportedly is likely to correspond to a white-supremacist slogan.

Gendron was arraigned on the evening of May 14 before Buffalo City Court Judge Craig D. Hannah on one count of murder in the first degree. The suspect is scheduled to attend return to the courthouse for a felony hearing on May 19. He was remanded without bail.

According to a Tops statement, the food retailer is working to make sure that all associates have access to counseling and any support that they may need. While the Jefferson store remains closed until further notice, the Williamsville, N.Y.-based regional grocer has arranged for free bus shuttle service from 10 a.m. until 7 p.m. daily from Jefferson Avenue and Riley Street to the nearby Tops on Elmwood Ave. Tops operates more than 150 supermarkets, with five additional franchise stores, and employs 15,000 associates in New York, northern Pennsylvania and western Vermont. The banner is part of Northeast Grocery Inc.

The Tops tragedy occurs a little more than a year after another mass shooting at a grocery store. In March 2021, a mass shooting occurred at a King Soopers in Boulder, Colo., that also resulted in 10 deaths.