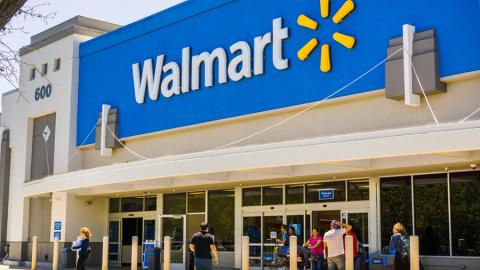 In addition to discontinuing certain ammunition sales, no longer selling handguns and requesting that customers not carry weapons openly in its stores, Walmart has committed to sharing best practices to help retailers sell guns responsibly

“We know these decisions will inconvenience some of our customers, and we hope they will understand,” Walmart President and CEO Doug McMillon wrote in a letter posted on the company’s corporate website. “As a company, we experienced two horrific events in one week, and we will never be the same. Our remaining assortment will be even more focused on the needs of hunting and sport shooting enthusiasts. It will include long-barrel deer rifles and shotguns, much of the ammunition they require, as well as hunting and sporting accessories and apparel.”

Meanwhile, both Walmart and The Kroger Co. are requesting that customers no longer openly carry firearms in their stores in states with open-carry laws, except for authorized law-enforcement officers. Walmart’s request extends to its Sam’s Club locations as well.

This isn't the first time that the retailers have responded to gun violence: Following the deadly school shooting in Parkland, Fla., carried out by a teenage gunman in 2018, which led to calls for stricter laws governing the purchase of firearms, Walmart and Kroger's Fred Meyer chain raised the minimum age at which customers could buy firearms and ammunition in their stores to 21, before the latter banner discontinued gun sales entirely.

“As it relates to safety in our stores, there have been multiple incidents since El Paso where individuals attempting to make a statement and test our response have entered our stores carrying weapons in a way that frightened or concerned our associates and customers,” explained McMillon in the letter. “We have also had well-intentioned customers acting lawfully that have inadvertently caused a store to be evacuated and local law enforcement to be called to respond.”

He noted, “We believe the opportunity for someone to misinterpret a situation, even in open-carry states, could lead to tragic results,” adding that to communicate the change in policy, store associates would be briefed on adopting “a very non-confrontational approach” if openly armed customers entered retail locations, and new explanatory signage would roll out “in the coming weeks.”

Further, McMillon pledged that the company “will work alongside other retailers to make the overall industry safer, including sharing our best practices. For example, we are exploring ways to share the technical specifications and compliance controls for our proprietary firearms sales technology platform. This system navigates the tens of millions of possible combinations of federal, state and local laws, regulations and licensing requirements that come into effect based on where the firearm is being sold and who is purchasing it. We hope that providing this information, free of charge, will help more retailers sell firearms in a responsible, compliant manner.” 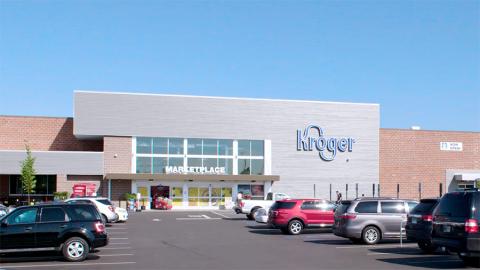 On the issue of legislation, “we encourage our nation’s leaders to move forward and strengthen background checks and to remove weapons from those who have been determined to pose an imminent danger,” he urged. “We do not sell military-style rifles, and we believe the reauthorization of the Assault Weapons Ban should be debated to determine its effectiveness. We must also do more, as a country, to understand the root causes that lead to this type of violent behavior.”

McMillon revealed that he had sent “letters the White House and the congressional leadership that call for action on these commonsense measures. As we’ve seen before, these horrific events occur and then the spotlight fades. We should not allow that to happen. Congress and the administration should act. Given our decades of experience selling firearms, we are also offering to serve as a resource in the national debate on responsible gun sales.”

Kroger sounded a similar note in calling for governmental action.

“A year ago, Kroger made the conscious decision to completely exit the firearm and ammunition business when we stopped selling them in our Fred Meyer stores in the Pacific Northwest,” said Jessica Adelman, the retailer’s group VP of corporate affairs. “Kroger has demonstrated with our actions that we recognize the growing chorus of Americans who are no longer comfortable with the status quo and who are advocating for concrete and commonsense gun reforms.”

Continued Adelman: “We are also joining those encouraging our elected leaders to pass laws that will strengthen background checks and remove weapons from those who have been found to pose a risk for violence.”

Regarding other food retailers' attitudes toward openly carried firearms in their stores, Rochester, N.Y.-based Wegmans Food Markets tweeted on Sept. 5: "There’s nothing more important than the safety of our customers [and] employees. The sight of someone with a gun can be alarming, and we don’t want anyone to feel that way at Wegmans. For this reason, we prefer that customers not openly carry firearms into our stores." The tweet drew a mixed reaction from consumers, with some believing the statement didn't go far enough, while others hailed it as an important step forward.

Midwestern chain Schnuck Markets, Albertsons, and drug store chains CVS and Walgreens have also made similar requests of customers in open-carry states, with St. Louis-based Schnucks planning to add signage to store doors in the near future.

Bentonville, Ark.-based Walmart operates more than 11,300 stores under 58 banners in 27 countries, and ecommerce websites, employing 2.2 million-plus associates worldwide. The company is No. 1 on Progressive Grocer's 2019 Super 50 list of the top grocers in the United States. Employing nearly half a million associates who serve more than 11 million customers daily through a seamless digital shopping experience and 2,761 retail food stores under a variety of banners, Cincinnati-based Kroger and Boise, Idaho-based Albertsons, with 2,277 retail food and drug stores under various banners, are Nos. 2 and 3 on the 2019 Super 50 list, respectively, while family-owned Wegmans, with 99 stores in Maryland, Massachusetts, New Jersey, New York, Pennsylvania and Virginia, is No. 16.