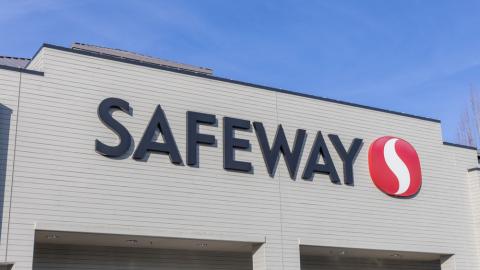 In a letter sent to congressional leaders, the president of the UFCW urged bipartisan action to protect American workers from the continued threat of gun violence.

Three people, including the suspected shooter, are dead following an attack on the night of Sunday, Aug. 28 at a Safeway at the Forum Shopping Center, in Bend, Ore., according to media reports.

As reported by NBC News, the gunman was believed to have begun the attack in the store’s parking lot before moving inside, according to police. One person was shot inside the entrance.

Police believe that the male shooter continued firing his AR-15-style rifle through the store, shooting and killing an additional person.

Lisa Goodman with St. Charles Medical Center told CNN that the hospital is treating a third victim from the shooting. That person is in good condition, Goodman said.

It’s not immediately clear how the suspected shooter, died, but police said that they didn’t open fire during their response.

This isn’t the only instance of gun violence occurring this year at a Safeway, an Albertsons Cos. banner.

Safeway employee Manuel Isaac Huizar Cornejo, 24, was shot and killed while on the job as he tried to intervene in a shoplifting incident at San Jose’s Willow Glen store in California on June 5.

These gun violence incidents follow the mass shooting at a Tops Friendly Markets in Buffalo, N.Y., in May. The racially motivated tragedy left 10 dead and three injured. Store security guard Aaron Salter Jr., a retired member of the Buffalo Police Department, fired at the shooter, but the bullet didn’t break through the gunman’s tactical gear. Salter was among those shot and killed in the attack.

On June 1, the United Food and Commercial Workers International Union (UFCW), which represents 1.3 million essential workers in grocery stores, pharmacies and other critical industries, called on congressional leaders to pass the STOP Violence Act and hold a hearing on the issue of workplace threats and violence affecting essential workers across America that spotlights workers’ voices.

“Our union has repeatedly worked to protect our members against violence of all kinds in the workplace. Yet, in the face of our nation’s ongoing epidemic of gun violence, it is clear that the American people will continue to be subjected to acts of violence at work, at school and everywhere throughout our communities if something does not change.

“Whether it is grocery workers like those in Buffalo or the teachers and staff in Texas, essential workers everywhere have spent these past two years keeping our nation moving forward. They continue to put themselves at risk every day, and the threat of workplace violence only worsens that risk. Now, more than ever, it’s imperative we take the necessary steps to keep our workers and this nation safe."