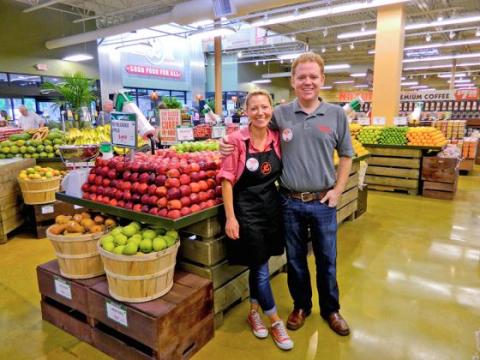 Lucky’s Market has entered into an asset purchase agreement with a group led by company founders Bo and Trish Sharon for the seven locations that will continue to operate under the banner. The stores are in Traverse City, Mich.; Cleveland and Columbus, Ohio; Columbia, Mo; Melbourne, Fla; and North Boulder and Fort Collins, Colo., and currently employ around 600 employees.

“We are grateful to our wonderful team members and customers for all their support, dedication and loyalty over the years,” said Bo Sharon, who began Niwot, Colo.-based Lucky’s in 2003 with his wife, Trish. “While this is a difficult situation across our company, we remain passionate and optimistic that we can continue to offer our communities access to healthful foods in this smaller footprint, preserving hundreds of jobs.”

On Jan. 21, the company revealed that it would close 32 of its 39 stores. Six days later, Lucky’s voluntarily filed for Chapter 11 bankruptcy protection and signed asset purchase agreements with Batavia, Ill.-based deep discounter Aldi for five leased store properties and the purchase of one owned property, for a total of six locations, and with Lakeland, Fla.-based Publix Super Markets Inc. for five leased store properties.

The stores subject to the Aldi agreement are in Coral Springs, Oakland Park, Sarasota, Vineland, Colonial Landing (Orlando) and Venice Fla., while the stores covered by the Publix agreement are in Naples, Neptune Beach, Clermont, South Orange (Orlando) and Ormond Beach, Fla. Publix and Aldi are Nos. 5 and 9, respectively, on Progressive Grocer’s 2019 Super 50 list of the top grocers in the United States.

Additionally, Jacksonville, Fla.-based Southeastern Grocers, which operates such banners as Bi-Lo, Harveys and Winn-Dixie, and is No. 13 on PG’s Super 50 list, has expressed interest in purchasing Lucky’s locations in Florida, according to the Jacksonville Business Journal.

The agreements are subject to court approval and an overbidding process. Lucky’s has retained New York-based M&A investment bank PJ Solomon to assist it in these sales of these and other company assets. PJ Solomon is also helping Fairway sell off its stores after the New York metro area grocer filed for Chapter 11 bankruptcy. The bank noted that the stores in the Aldi Publix and Sharon transactions employ almost 2,000 people.

According to Lucky’s, it “continues to have active dialogue with various additional potential buyers.”