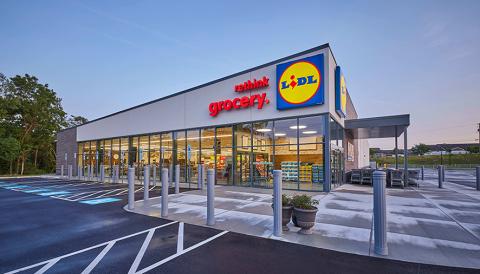 December is shaping up to be a busy month for deep discounter Lidl, which will open its first Philadelphia store on Dec. 11 in the city’s Port Richmond section.

The retailer, which debuted its first Pennsylvania store last year in Ridley Township, currently has five locations in the Keystone State.

Another store in the City of Brotherly Love, on Roosevelt Boulevard in Northeast Philadelphia, is scheduled to open before the end of the year, Lidl spokeswoman Chandler Ebeier told The Philadelphia Inquirer, adding, “We are exploring a number of sites in the area and will continue to expand.”

Lidl has been on a roll this month, gearing up to open its first two stores on New York’s Long Island, also on Dec. 11, as well as celebrating the Dec. 4 opening of its inaugural stores in Charlotte and Wilmington, N.C. The company noted earlier this year that it would roll out 25 storesin Maryland, New Jersey, New York, North Carolina, Pennsylvania, South Carolina and Virginia by the spring of 2020, with the aim of having more than 100 U.S. stores at the close of next year.

Additionally, the grocer has revealed plans to open its first Baltimore store, which will anchor a 100,000-square-foot shopping center, by early 2022.