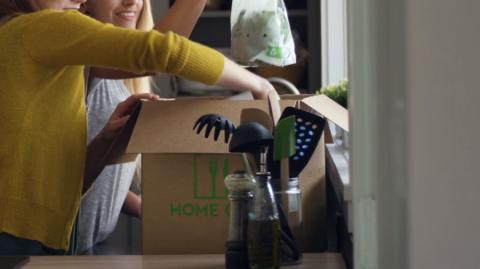 Kroger shoppers can now swap, double or upgrade ingredients on many available Home Chef kits when ordering them online

The Kroger Co. is offering shoppers the ability to customize any Home Chef meal kits that they order online – a feature said to be the first among major meal-kit brands.

Coming at the same time that the grocery giant continues the brick-and-mortar rollout of the kits to hundreds more stores, the new Customize It feature on homechef.com lets customers have increased flexibility in their purchases by letting them swap, double or upgrade ingredients on many of the available recipes.

"Our customers asked for more ways to customize their Home Chef meals, and we listened," said Pat Vihtelic, Home Chef founder and CEO. "We are excited to be the first leading meal-kit company to introduce these new Customize It choices for everyone seeking the same great Home Chef meals with even more variety and choices."

"Kroger continues to redefine the customer experience and provide new ways to shop for, prep and cook meals through exciting brick-and-mortar and digital experiences," said Robert Clark, Kroger's SVP of merchandising. "Last October, Kroger introduced Home Chef retail meal kits, and we're now expanding to add the easy-to-prepare recipes to hundreds of new locations, providing convenient access to the meal solution at more than 700 stores. We look forward to the continued growth of Home Chef in 2019 through expansion and new products."

Sales of in-store meal kits grew 26.5 percent over the past year, reaching $154.6 million, according to the Nielsen report "The Meal Kit Opportunity." People who purchased in-store meal kits note such advantages as less commitment than those purchased through subscription-based services, and increased flexibility for grocers and their suppliers to experiment with components and "levels" of convenience to keep shoppers returning.

Arguably, by adding the Customize It feature online, Kroger could be meeting that desire for experimentation with components. One could almost picture shoppers determining their favorite kits through in-store purchases and afterward developing more personalized versions of those kits online, adjusting ingredients to suit their tastes.

Kroger announced its plan to purchase the Chicago-based meal-kit service in May, with the idea of complementing its own Prep+Pared line of meal kits. The $200 million acquisition wrapped up in late June, further making good on the grocer's Restock Kroger initiative to transform retail and lead the way in "revolutionizing how companies shop for, prep and cook their meals."