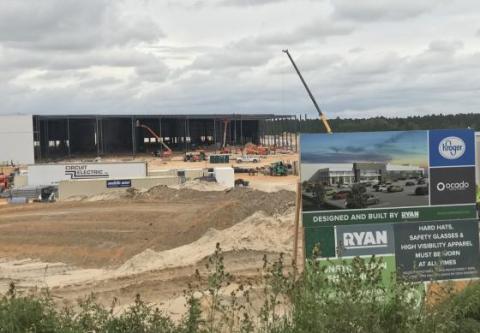 The network of highly automated grocery fulfillment centers that Kroger is building in partnership with U.K. online grocery leader Ocado won’t have an impact on Kroger’s business in 2020, according to Kroger CFO Gary Millerchip.

However, when Millerchip and other top executives met with investors in early November, they shared a strategic vision that ensures Kroger is well positioned for the next decade to serve shoppers however they choose. It's a vision that will require never-before-seen levels of supply chain efficiency and a highly automated and flexible fulfillment infrastructure to cost-effectively satisfy shoppers’ shifting expectations. 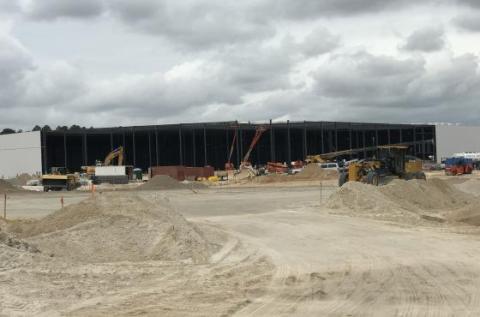 At a cavernous 336,000 square feet, the Groveland, Fla., facility's high ceiling will accommodate vertical racking systems and a swarm of roughly 1,000 robotic pickers

At the core of the company’s approach is the Ocado partnership. A deal announced in May 2018 called for the construction of 20 highly automated grocery fulfillment centers. Eighteen months later, five locations have been identified and two are under construction.

Kroger broke ground on the first location in June 2019 in the Cincinnati suburb of Monroe, and then it broke ground in July in the far western Orlando suburb of Groveland. Additional locations have been identified in the Dallas and Atlanta markets and the general mid-Atlantic area.

Kroger hasn’t shared specific opening-date targets other than to identify 2021 as the year that the first of the facilities will open. That’s why Millerchip said that they won’t have a material impact on sales next year, beyond that it could be a different story.

The reason  has everything to do with the pace of change occurring in food retailing. Shoppers have embraced the click-and-collect model far more rapidly than retailers imagined, which is why retailers such as Kroger and Walmart have expanded the service at a breakneck pace. With shopper receptiveness to digital innovation limited mainly by retailers’ imagination, Kroger’s new facilities will be coming online about the time that expectations for speed, accuracy, assortment and freshness are hitting new highs.

Kroger’s new facilities are designed to deliver on all of those fronts in a way that can’t be matched by the retailer's current physical store network, which is being used for a purpose -- fulfilling digital orders -- for which it was never intended. 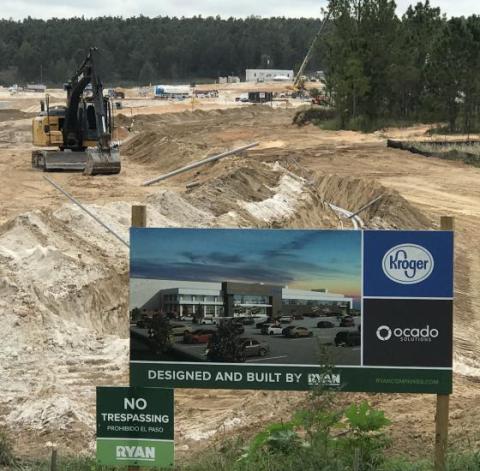 The new customer fulfillment centers (CFCs) will also give Kroger a way to serve shoppers in markets where it doesn’t operate retail stores.That's the case with the Groveland, Fla., facility, where it appears that rapid progress is being made on a 336,000-square-foot facility that gives Kroger the ability initially to serve the central part of the state. Other than its new CFC, Kroger has no physical presence in Florida.

Once the shell of the building is complete, the hard work begins. Costing upward of $50 million apiece, the CFCs will be filled with 1,000 robotic order pickers, elaborate racking and storage systems, and various climate zones. Sophisticated technology will tie it all together, so the behind-the-scenes magic of the fulfillment process won't be evident to a shopper placing an order with a few smartphone taps, or perhaps by talking to Google.

Getting the CFCs right, filled with merchandise and functioning flawlessly, will be no small feat. However, as Kroger executives noted during the investor conference, Ocado has been at it for 20 years. That’s why Kroger is confident that when the CFCs become operational, the reliability of the experience provided to the shopper will be a huge differentiator.