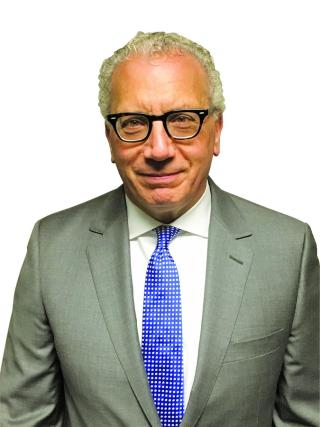 One of the biggest misconceptions in the contemporary grocery market is that independent grocers are irrelevant. That's according to David Mell, managing director at RBC Capital Markets and one of the honorees of Progressive Grocer's inaugural GenNext Awards.

"The prevalent stereotype is the independent is overpriced, runs underinvested in stores and remains woefully behind in technology," Mell noted in a recent interview. "The reality is the vast majority of independents operate viable, modern stores that have adapted to the changing landscape. These operators have evolved, successfully and defensibly differentiating themselves by focusing on superior service, local knowledge and tailored offerings, often as the ethnic, produce or perimeter specialist in a market."

John Derderian is president and CEO of Allegiance Retail Services/Foodtown, an Iselin, N.J.-based retailer-owned cooperative that provides marketing, advertising, technological and operational support for its independent grocery members. An advocate for independent grocery stores, he sat down with Progressive Grocer to share some of his thoughts on the current market environment and how the independent grocer is uniquely positioned to thrive in the future.

Progressive Grocer: While I want to focus mainly on how independents are positioned for success, what are some of the challenges or hurdles that independent grocers are facing?

John Derderian: The big [retailers] are getting bigger. With that comes added and enhanced leverage to buy products and services more cost-effectively, whether it’s in sector, like supermarkets buying supermarkets, or drug stores buying drug stores, Walgreens buying half of Rite Aid, that kind of thing. Or it’s kind of out of sector, where Walmart is buying Jet.com and, obviously, Amazon buying Whole Foods. So those acquisitions will lead to some synergies and better purchasing power and moving into a different channel or a different sector.

Progressive Grocer: What do independents have going for them?

John Derderian: Independents can cater to the local population, by tying it to community programs and providing superior service and quality to what most of the major chains could do. [Large retailers] can’t really replicate that neighborhood touch, that service touch. But I think it’s not enough just to know Mr. and Mrs. Smith who have been customers for five years, and to know what their cut of meat is that they like.

There’s certainly a change in the consumer. They all want convenient offerings, frictionless environment in the stores. Consumers want to be able to order online. We don’t have to see their faces every week. We don’t have to ask how Joey is doing or something like that. We just have to make sure that they’re satisfied. We provide the shopping experience that they want, and it may be different than what their parents want.

At Allegiance, we make [independents] aware of what’s going on. Educate them not only on goods, but also on services and the consumer.

Progressive Grocer:With this changing consumer, how will this affect the retail landscape for independents?

John Derderian: The way I describe it is, if you take an hourglass and you flip it, that’s really what you’re seeing. The conventional supermarkets are in the middle, and the hard-discount and the more meal-solution-type supermarket are on either side. They’re kind of pulling at the center of the conventional supermarkets, and you’re seeing the consumer really gravitate more toward either side. Hard discounts is a real affinity for those types [of] concepts and models. And for others, it’s all about convenience. … Time is the new currency.

We’re trying to help our independents to move to either side, recognizing that conventional supermarkets still have a place in the United States; we just have to make sure that we present the best supermarket.

Progressive Grocer:What about ecommerce, and how will it affect the stores themselves?

John Derderian: It’s not really an impediment for independents, because they can do it. It requires careful planning. It requires resources and capital and commitment from both the store teams and from management.

There’s debate as to what percent of sales is going to be online. It’s going to be a static number at some point, and it’ll be higher than it is now. You’re going to see some center store items become routine purchases online. And the store will right-size based on that. The perimeter may not necessarily grow, but as a function of the size of the store, I think it’ll grow just because there’ll be some decrease in the size of linears. If you go down a cereal aisle now, it’s 40 feet of cereal; you really don’t need all of that. You don’t need to devote the time or space to pack it out, the labor, and pay for the selling area.