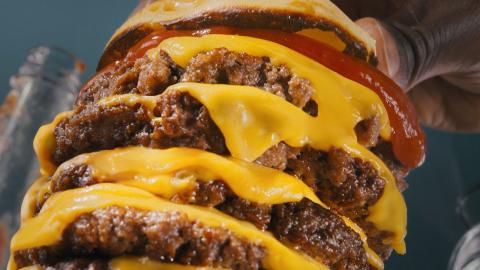 Impossible Foods has rolled out its first national advertising campaign as the plant-based meat leader ramps up growth and leverages mounting economies of scale.

The campaign, “We Are Meat,” consists of TV spots featuring the company’s burger, its signature product. The ads, produced by Portland, Oregon-based Wieden+Kennedy, make the provocative claim that the Impossible Burger can satisfy the most diehard meat lover — despite containing no animal proteins.

“We are investing in a nationwide campaign to show Americans that Impossible products deliver the whole delicious, meaty experience people crave — without the disastrous environmental toll of livestock,” explained Dr. Patrick O. Brown, CEO and founder of Redwood City, California-based Impossible Foods. “We can replace yesterday’s ridiculous animal-based technology with a categorically better way of transforming plants into meat. And we can do it with zero compromise on taste, nutrition, convenience or family traditions.”

Specifically targeting meat eaters who haven’t yet tried the company’s products, the campaign for Impossible Foods began April 6 with U.S. television, digital and social elements, including five TV spots: “We Love Meat,” “Meat Places,” “Yes We Do," “Mmmmmmmmmm” and “300%”.

Currently, nine out of 10 people who eat Impossible products are meat eaters, according to the company.

“Once people try Impossible Burger, they are blown away by its taste,” noted Impossible Foods SVP of Marketing Jessie Becker. “But consumers are skeptical based on years of sub-par experiences with conventional plant-based products. We built this campaign to introduce Impossible products to consumers nationwide as delicious meat — no qualifications or compromises needed.”

The company’s largest marketing campaign follows a year of unprecedented growth. Impossible products are now available in 20,000-plus grocery stores across the country — a more than 100-fold increase in Impossible Foods’ retail footprint. To spur new levels of trial and repeat purchase, Impossible Foods recently slashed suggested retail prices by 20% for grocery stores throughout the United States — its third double-digit cut in the past year — bringing suggested retail prices for Impossible Burger to $5.49 for patties and $6.99 for a 12-ounce package. The company intends to keep lowering its prices until it undercuts the average price of commodity ground beef from cows, which Brown said could be done within the next couple of years.

The company raised $200 million in its latest funding round, led by new investor Coatue. Since its founding in 2011, Impossible Foods has raised about $1.5 billion.