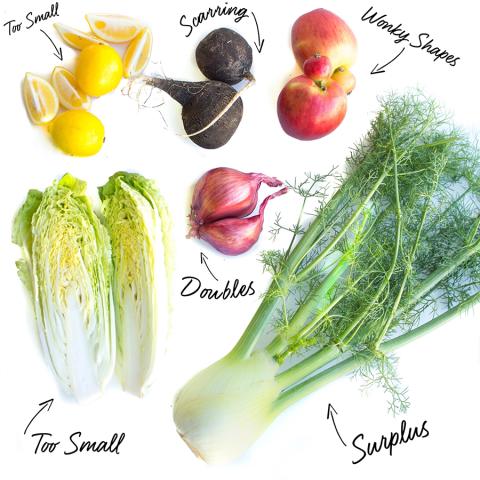 Imperfect Produce, an online grocer that aims to create a more sustainable and effective food system by sourcing “ugly” and surplus produce directly from farms and delivering it straight to customers’ doors, is launching in the Newark, N.J., area with a new market warehouse in Moonachie, N.J., that will allow the company to deliver to the surrounding region, including New York's Staten Island and, in New Jersey, Essex, Hudson and Union counties, as well as parts of Bergen County.

The facility currently has six local employees, with plans to hire more as it expands, and one of its local farm partners is Vineland, N.J.-based Dandrea Produce. “Our team is continuing to build relationships with local farmers, and we look forward to sourcing from them as the season progresses,” San Francisco-based Imperfect noted.

Customers of the service can fully customize their experience by selecting a box size from small to extra-large and opting for organic versus conventional produce, with prices starting at $12. The e-grocer also recently launched Imperfect Picks, a line of shelf-stable grocery items such as lentils, flour, quinoa and bread.

According to Imperfect, it can have a huge impact in the greater Newark area: “If just 2,500 residents sign up, the community would be recovering 26,450 pounds of produce each week and over 1 million pounds of produce a year.”

The company also works closely with food banks across the United States, forging partnerships to increase access to good food in local communities while eliminating food waste and building a better food system. Since launch, Imperfect has donated more than 2.2 million pounds of produce nonprofit partners and food banks.

Currently, only 20 percent of all U.S.-grown fruits and vegetables meet the strict cosmetic standards of grocery stores, with the result that 20 billion pounds of produce is unharvested or unsold annually.

In October, the company debuted a Baltimore distribution center enabling it to deliver product from coast to coast. Imperfect’s expansion comes as some “ugly” produce initiatives appear to be losing favor with consumers used to more cosmetically appealing items, with such grocers as Price Chopper and Hannaford having discontinued the Misfits produce program last year.