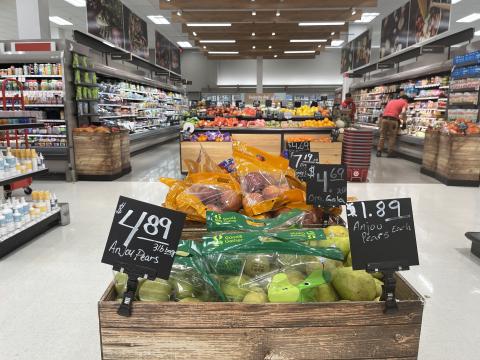 Around 29% of retailers are fearful that any change in prices could bring about a negative reaction from customers.

Precision pricing is more important than ever for grocers looking to drives sales during historic inflation.

Yet a new report from DemandTec by Acoustic, a retail pricing, promotions and markdown technology firm, shows a wide gap in the adoption of advanced pricing technology by retailers.

The study, “Retail Pricing 2022: Bringing Agility and Precision to the Art of Pricing,” was conducted by Retail Systems Research (RSR) and surveyed retail executives across five categories. The researchers found that while 60% of average and under-performing retailers rate competitive pricing their No. 1 issue, the greatest concern for top performers is that consumers are becoming increasingly troubled by rising prices and continue to increase their focus on pricing.

“Retailers and consumers alike are experiencing a storm of challenges, including record inflation and energy prices, making price more important than perhaps any other value attribute,” said Anis Hadj-Taieb, general manager of DemandTec. “Retailers – in a constant battle to fend off price leaders like Amazon and Walmart – know that even though offering a low price may not win new customers, having high prices will certainly cost them existing ones. As a result, to win customer share of wallet, precision pricing is a requirement for retailers to thrive in the market.”

Based on the data, the report offers several in-depth yet pragmatic suggestions on how retailers should proceed.