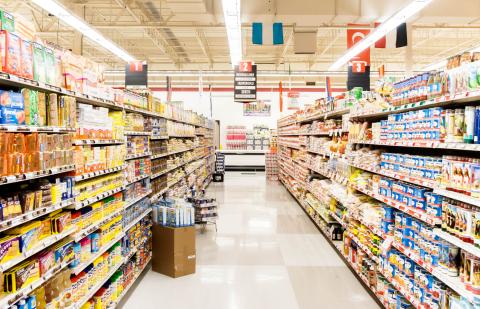 Shoppers will encounter even higher prices this year, but may not be deterred when it comes to sheer volume sales, a new survey finds.

Is inflation more like a heavy rock or a small stone when it comes to the ripple effect that it’s causing in the food marketplace? According to a new report, it’s somewhere in between, with the waters moving but not churning just yet.

The latest Advantage Sales Quarterly Outlook report shows that a majority of consumer packaged goods (CPG) companies and retailers are planning to raise prices that will ultimately be passed onto shoppers. At the same time, though, half of manufacturers and retailers predict that unit sales will grow over the next several months, as at-home consumption remains strong.

Despite the inflationary climate and ongoing issues in the supply chain and labor market, only a fourth of respondents in the survey said they anticipate a decline in unit sales.

As for how long this might hold as prices continue to edge up, it’s not yet clear. With nine out of 10 CPGs planning to take at least one price hike this year and nearly half of retailers saying that their prices will reflect more than 90% of increases in list prices, consumers will likely start changing at least some of their behaviors. Half of retailers polled say that consumers will move to private label products, 45% think there will be a shift from premium to mainstream brands and 47% foresee a switch from mainstream to value brands.

Also tied into the economics of doing business in today’s climate, the report uncovered a disconnect when it comes to perceptions about supply. When asked about supply levels over the next six months, 25% of manufactures think that supply levels will exceed 90%, an opinion shared by only 5% of retailers. More than half of retailers pin out-of-stock problems on both supply chain and labor shortages and four in 10 blame supply chain issues solely for out-of-stocks.

Despite some differences in outlooks, Advantage Sales' report found that retailers and CPGs are collaborating as the forces that have been causing various ripple effects continue, from geopolitical turmoil to the lingering pandemic to labor challenges. For example, looking to avoid penalties related to supply and delivery, 90% of manufacturers say they are sharing more information with retailers. Nearly 60% are meeting with retailers more to talk about supply and nearly half are involving senior-level leaders more in those discussions.