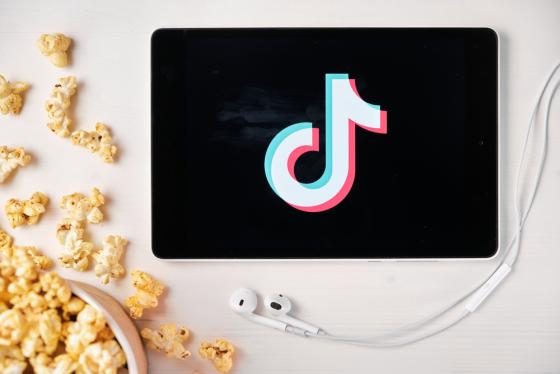 Content by vloggers will be captivating the consumer in 2022.

I’m pretty sure that the founders of Progressive Grocer would never have guessed in 1922 that the No. 1 food trend 100 years later would be leftover salmon and rice in a bowl with some mayonnaise.

As PG celebrates its 100th birthday this year, so many things have changed, not just in the past century, but also in the past year, weeks, days and hours, about how we buy and sell groceries. I happened upon one example of this change at my local Trader Joe’s last month: a large display at the front of the store, loaded with bags of roasted seaweed snacks and jasmine rice, and bottles of sriracha sauce, all surrounding a portable freezer filled with frozen salmon. As soon as I saw it, I thought to myself: Emily Mariko.

If you don’t know who Emily Mariko is, she’s a 29-year-old California TikToker poised to have a sizable impact on American food culture (and grocery supply chains) in 2022. Just like Americans were captivated by Julia Child in the 1960s and by Rachael Ray in the 2000s, content by vloggers such as Mariko, who teaches viewers how to mash salmon into rice and squirt mayonnaise and sriracha on top in a meticulous zigzag (in a modern and minimalist kitchen), will be captivating the consumer in 2022.

After Mariko posted a video in September showing how to make a “salmon rice bowl,” Google search trends for Kewpie brand Japanese mayonnaise — her mayo of choice — quadrupled. Kewpie mayo, sriracha and seaweed started to disappear from grocery shelves. The last time I checked, the video had racked up more than 7 million views. Mariko herself has more than 8.1 million followers on TikTok (before the salmon rice bowl video in September, she had 50,000). If you Google “salmon rice bowl,” there are now several websites, YouTube channels, videos, blogs and recipe pages exploring, analyzing and re-creating Mariko’s concoction, which is just a clever way of using leftover rice and baked salmon with some condiments.

Of course, viral food trends are nothing new for social media, but Mariko and the rest of the videos taking TikTok and other platforms by storm are not about cooked food or trendy things people are eating at restaurants. The videos are all about cooking balanced meals at home, which we know is a pandemic trend that’s sticking (and may stick further as long as the Omicron variant surges).

When The Kroger Co. reported its third-quarter earnings in December, CEO Rodney McMullen appeared on CNBC to say that “an awful lot of customers learned how to cook [during the pandemic], and they really enjoy it. What they’re telling us is they like to eat healthy and they feel like they can eat healthier by cooking at home. They also like to show off their new skills.”

Mariko isn’t the only one showing off her pandemic cooking skills on TikTok, which surpassed Google in 2021 as the world’s most visited website. One vlogger’s baked feta pasta went viral on the social media platform this year, as did dishes such as ricotta toast, air-fried cheese, cotton candy burritos, fried Uncrustables, whipped lemonade, baked oats, chocolate chia pudding, chickpea “tuna,” handheld salads, twisted bacon and something called nature’s cereal, which is just fruit floating in ice water. Perhaps a successful end cap display in 2022 might stock TikTok-viral ingredients, crowned with a “This Week on TikTok” sign?

This is the time of year when all of the experts and analysts predict the grocery trends expected to fill shopping carts, both physical and digital. For grocery retailers trying to stay ahead of what’s next in both food and nonfood categories, however, the first stop in 2022 should be TikTok.