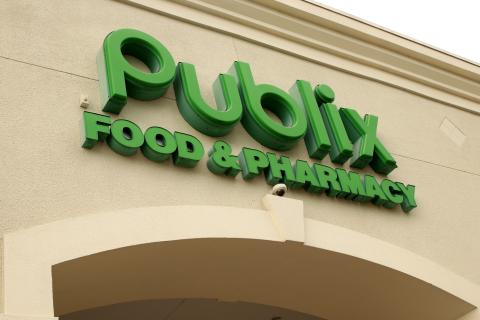 Shoppers at Publix paid higher prices in the recently-ended third quarter as the operator of 1,284 stores managed to pass through inflation to post an impressive gain on top of a double digit increase the prior year.

Earnings during the period declined to $856.9 million from $917.6 million, while earnings per share dipped from $1.31 per share to $1.24 per share. The decline in net income was attributable in large part to a change in investment income, which decreased to $130.3 million from $265.3 million. Operating profits, meanwhile, increased to $909.5 million from $875.3 million.

The company estimates that capital expenditures for the rest of this year should be around $400 million, mainly centered on new stores, the remodeling of existing locations, the construction or expansion of warehouses, technology investments and real estate development expenses.

Overall, and pending the crucial upcoming fourth quarter performance, it’s been a steady year for Publix. While higher prices and new store locations may have played a part, nine-month sales for the chain came in at $35.4 billion, 5.2% higher from $33.7 billion in 2020. The important indicator of net earnings also showed a gain during the first nine months of 2021, rising to $3.4 billion from $3 billion.

“As the effects of the pandemic and supply chain challenges persist, the efforts of our associates continue to be extraordinary,” said Publix CEO Todd Jones. “I couldn’t be more proud of their commitment to serving our customers and communities.”

Among other initiatives during the third quarter, Publix opened a 26,000-square-foot GreenWise Market store in downtown Tampa, Fla., and announced plans to construct its first location in Kentucky in 2023. The employee-owned company is also growing its workforce, seeking to hire more than 30,000 associates across its operating areas through the end of the calendar, and its fiscal, year

Privately owned and operated by its more than 225,000 employees, Lakeland, Fla.-based Publix has 1,284 stores in Florida, Georgia, Alabama, Tennessee, South Carolina, North Carolina and Virginia. The grocer is No. 11 on The PG 100, Progressive Grocer’s 2021 list of the top food and consumables retailers in North America.