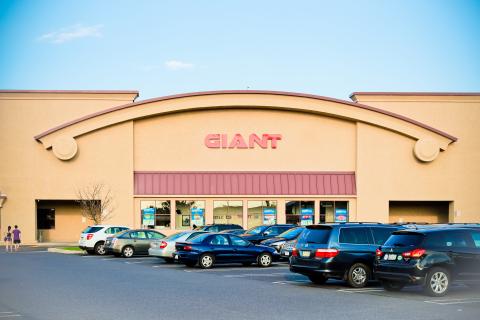 Through Feb. 28, shoppers at Giant, Martin’s and Giant Heirloom Market stores can round up their grocery purchases to the nearest dollar to donate to local public schools’ food programs. The Giant Co. has pledged to match the first $1 million donated by customers in this way.

Further, customers can convert their Choice points into a donation. For every 100 points converted into Grocery Dollars through the Giant or Martin’s app, $1 will go to the initiative, and customers will still be able to use the grocery dollars for their own savings on their grocery bills. The Giant Co. will match every Choice point converted, up to an additional $500,000 donated through the initiative.

“This school-based giving initiative, which builds on The Giant Co.’s long history of supporting both schools and local hunger relief efforts, is part of our continued commitment to connect families for a better future and build stronger communities,” noted CMO Matt Simon. “Studies show how important a nutritious and balanced diet is to a child’s performance in school, and that’s why The Giant Co. wants to make sure every student can focus on learning, instead of wondering where their next meal will come from.”

According to Feeding America, 17 million children, or one in every four kids, experience food insecurity. Research has also consistently shown that good nutrition and the ability to learn are intrinsically linked. School food programs are key to ensuring that many children receive regular meals, and these initiatives have continued throughout the pandemic, despite the challenge of remote learning.

Funds will be distributed to area schools in March.