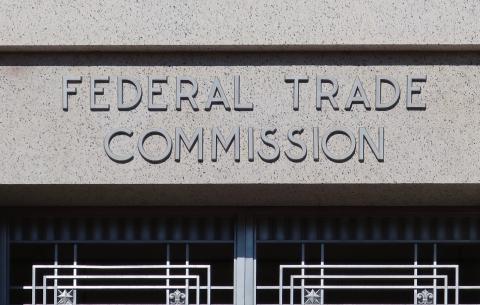 Under a final order issued by the FTC, Price Chopper/Market 32 will divest 12 supermarkets in upstate New York and Vermont as a condition of the companies' merger.

After a public comment period, the Federal Trade Commission (FTC) has approved a final order settling charges that the merger of supermarket operators The Golub Corp., owner of the Price Chopper/Market 32 chain, and Tops Markets LLC would likely be anticompetitive in 11 local markets in upstate New York and in Vermont.

Under the terms of the final settlement, the supermarket companies have agreed to divest 12 Tops supermarkets to C&S Wholesale Grocers. The order requires the parties to get the prior approval of the FTC before selling or purchasing supermarkets in the affected markets, and also requires C&S to get the prior approval of the commission before selling any of the assets its acquiring in the divestiture.

First revealed in November 2021, the complaint alleged that the merger as proposed was likely to substantially dampen competition for the sale of grocery products in the upstate New York cities of Cooperstown, Cortland, Oneida, Owego, Norwich, Warrensburg, Lake Placid, Rome, Watertown, and Plattsburgh, as well as in Rutland, Vt. Under the order, the supermarket operators will divest one supermarket in each market except for Watertown, where they will divest two. The commission vote to approve the final order was 4-0.

As reported earlier by Progressive Grocer, GU Markets LLC, an affiliate of C&S, will operate the stores under the Grand Union banner, and C&S will continue to recognize the union workforce at the locations.

The final order comes shortly after Northeast Grocery Inc., the parent company of Price Chopper/Market 32 and Tops Markets, revealed the impending retirement of CEO Scott Grimmett in February, at which time former Tops Markets Chairman and CEO Frank Curci will take the helm.

Based in Schenectady and founded by the Golub family, Price Chopper/Market 32 operates 130 Price Chopper and Market 32 grocery stores and one Market Bistro, employing 18,000 teammates in New York, Vermont, Connecticut, Pennsylvania, Massachusetts and New Hampshire. Williamsville, N.Y.-based Tops has 160 grocery stores in New York, Pennsylvania, and Vermont, including five that are run by franchisees, and employs more than 14,000 associates. Under the merger agreement, the two companies will be managed locally by their respective leaders and continue to be referred to by their established banners, but will be owned and overseen by a new parent company, Northeast Grocery Inc. Price Chopper/Market 32 is No. 56 on The PG 100, PG’s 2021 list of the top food and consumables retailers in North America, while Tops is No. 66 on the list. Keene, N.H.-based C&S, which services customers of all sizes, supplying more than 7,700 independent supermarkets, chain stores, military bases and institutions with 137,000-plus products, is No. 16 on The PG 100.