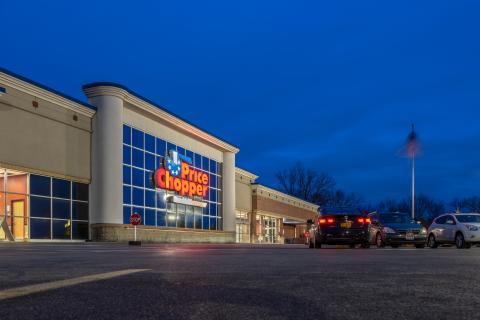 With the completion of the regulatory review process and approval received from the Federal Trade Commission (FTC), Price Chopper/Market 32 and Tops Markets have completed their merger, as proposed earlier this year.

Under the agreement, the two companies will be managed locally by their respective leaders and continue to be referred to by their established banners, but will be owned and overseen by a new parent company, Northeast Grocery Inc. As previously revealed, Scott Grimmett, current president and CEO of Price Chopper/Market 32, will head up the new parent company, as well as serve on its board of directors with Frank Curci, Tops’ former Tops chairman and CEO.

The agreement creates a strong alliance between the two long-established independent grocery chains, as it virtually doubles their collective footprint in their Northeast market area. With increased scale across their now almost 300 stores, the merged companies are better positioned to leverage enhanced value for customers; take advantage of shared innovation opportunities; and bolster their combined workforce, community and trade partnerships, thereby growing more powerful and competitive.

“We’re appreciative of the FTC’s diligence in reviewing this merger and grateful to have received all of the necessary approvals,” noted Grimmett. “Now we can dedicate ourselves to bringing these two storied grocery chains together, leveraging best practices, developing new opportunities and finding efficiencies that will help us continue to deliver distinctive shopping experiences.”

FTC’s regulatory review process mandates the divestiture of 12 Tops stores, all of which will be purchased C&S Wholesale Grocers. GU Markets LLC, an affiliate of C&S, will operate the stores under the Grand Union banner, and C&S will continue to recognize the union workforce at the locations. The 12 Tops stores to be divested and purchased by C&S Wholesale are in Cooperstown, Cortland, Norwich, Owego, Peru, Saranac Lake, Sherrill, South Watertown, Warrensburg, Watertown and West Rome, N.Y., and Rutland, Vt.

“We believe that this merger will be a positive for our membership, preserving union jobs and strengthening the company’s prospects into the foreseeable future,” said Frank DeRiso, president of Oriskany, N.Y.-based UFCW Local One. “We are pleased that we have an agreement with the new owner, and they are committed to retaining all of the existing union jobs and contracts. We would like to thank the office of the NYS Attorney General, Sen. Chuck Schumer and our UFCW International Union for their guidance, assistance and cooperation during this complicated process. This merger will benefit both consumers and union members.”

Northeast Grocery Inc. will have its headquarters in Schenectady, N.Y., as does Price Chopper/Market 32, while Tops will retain its main office in Williamsville, N.Y.

“Completing the details of this merger marks a major milestone for the management teams of both Price Chopper/Market 32 and Tops,” added Grimmett, “and I’m confident that our teammates and associates are excited about it and will continue to deliver excellence.”

PJ Solomon acted as exclusive financial adviser to Price Chopper, while Harter Secrest & Emery LLP and Wilson Sonsini were legal advisers to Price Chopper. Deutsche Bank Securities Inc. was the exclusive financial advisor to Tops Markets, and Paul Weiss LLP and Hogan Lovells US LLP were legal advisors to Tops. The FoodPartners LLC advised Tops on the divestiture of the 12 stores.

Price Chopper/Market 32 operates 130 Price Chopper and Market 32 grocery stores and one Market Bistro, employing 18,000 associates in New York, Vermont, Connecticut, Pennsylvania, Massachusetts and New Hampshire. Price Chopper/Market 32 is No. 56 on The PG 100, Progressive Grocer’s 2021 list of the top food and consumables retailers in North America. Tops operates 162 supermarkets, including five run by franchisees, and employs more than 14,000 associates in New York, northern Pennsylvania, and western Vermont. The company is No. 66 on The PG 100. Keene, N.H.-based C&S, which services customers of all sizes, supplying more than 7,700 independent supermarkets, chain stores, military bases and institutions with 137,000-plus products, is No. 16 on PG’s list.