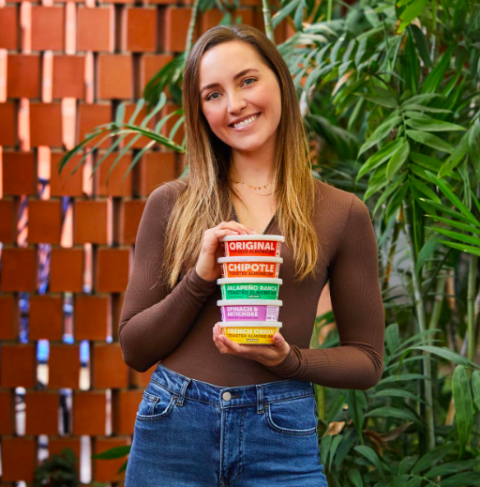 An upscale convenience retailer is trotting out a list of the top specialty food items from entrepreneurs. Chicago-based Foxtrot announced the six winners of its second annual Up & Comers Small Awards, chosen from a field of more than 1,000 entries.

The honored products will be added to the shelves at Foxtrot stores around the country. This year’s winners come from all female-founded or co-founded brands, including:

Created in 2021 to find and celebrate small makers, this year’s Up & Comers Small Awards were judged by a panel of high-profile women from across the culinary industry, including Christina Tosi, CEO of Milk Bar; Vanessa Pham, co-founder of Omsom; Melanie Masarin, founder of Ghia; Alexis Nelson, founder of Black Forager; and Carla Dunam, Foxtrot’s chief marketing officer,among others.

In addition to securing a spot on Foxtrot’s shelves, category winners will receive $5,000 and $20,000 in marketing support. The hero winner will be awarded $25,000, marketing support worth $45,000 and a one-hour mentorship opportunity with the judges.

The winners’ presence on store shelves will expand as Foxtrot opens new stores and enters new markets. Already established in Chicago, Dallas and the Washington, D.C. area, the company previously announced plans to open 25 stores over the next year, including additional sites in Chicago and its first locations in Boston and Austin, Texas.