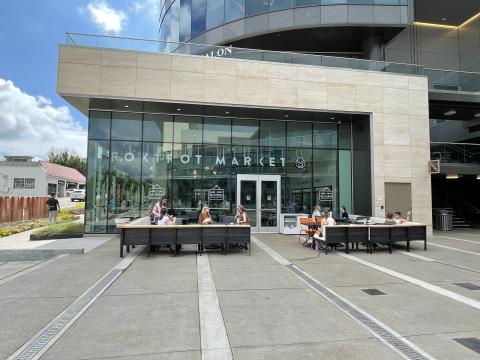 Foxtrot Market in the University Park area of Dallas, offers a full grocery experience in a Starbucks coffeehouse format.

Chicago-based grocer Foxtrot Market is looking to build up to a footprint of 50 stores over the next two years.

The company, which currently has a footprint of 13 stores in the United States, plans to add new stores in New York City, Austin, Boston, Miami, Los Angeles and Houston, according to Forbes.

The grocery retailer offers shoppers an experience similar to a Starbucks coffeehouse and a corner grocery store, with plenty of digital prowess thrown in. Stores are around 2,000 square feet, although some (as in Dallas, seen in images at right and below) are larger and the company plans to experiment with larger formats in the future.

Forbes reports that Foxtrot, which is focused on offering shoppers convenience through various digital initiatives, also plans to launch a five-minute pickup service soon. In 2020, the company said sales increased over 100% fueled by consistent year-over-year growth across channels. Of that growth, 55% derives from retail, largely from same-stores sales, and over 200% from e-commerce, driven by a 100% increase in app downloads.

Progressive Grocer recently toured Foxtrot Market locations (see image gallery below) in Dallas, where the stores seemed to be bustling morning, midday and night with coffee drinkers, charcuterie lovers and wine aficionados, depending on time of day. Foodservice and private label food offerings were ubiquitous, as were locally sourced produce, health and wellness items and home decor.

In March, Foxtrot made its East Coast debut with two Washington, D.C., stores. The operator opened doors to its Georgetown store, located at 1267 Wisconsin Ave. NW, and a site in Mount Vernon Triangle at 650 Massachusetts Ave. NW.

Earlier this year Foxtrot announced plans to double its store count by 2022 thanks to a new investment that involves a former CEO of Whole Foods.

The company said it planned to use the funds to expand its line of private label packaged goods and gift offerings, and to continue the investment into nationwide shipping that it launched in January. By accelerating its e-commerce capabilities and offering nationwide shipping on items like chef-driven packaged products, private label and exclusive-to-Foxtrot goods and wine, Foxtrot will further itself as the nation's premier corner store, the retailer said.

Additionally, Foxtrot has made three recent appointments to its executive team: Sumi Ghosh, COO; Scott Holloway, SVP, delivery; and Caroline Barry, VP, strategy. The newest leadership additions, who have earned their stripes in leadership at Starbucks, Instacart, and sweetgreen, respectively, will be core to the brand's growth in this next phase.

"We have built a business that marries the local approach of a corner store with the convenience of e-commerce," said CEO and Co-founder Mike LaVitola. "We know how our stores operate best and in which markets, which is where we'll be going deep with our expansion efforts next. We also look forward to showcasing to customers coast-to-coast what Foxtrot is all about as we continue to rollout shipping nationwide."

Foxtrot launched a line of private label offerings in 2020. LaVitola told Forbes that in 2021, 34 percent of sales are private label, up from 15 percent in 2020.

To further expand its private label business, the company added Mitch Madoff as SVP of private label and supply chain and Tae Strain as corporate executive chef to its leadership team in May.

LaVitola said the new Foxtrot locations will continue to carry a mix of independent brands and legacy brands alongside of private label.

"Our vision is not to be Trader Joe's. The lifeblood of our company is telling our brands stories," he commented.

The first national certified-organic grocer, Austin, Texas-based Whole Foods has more than 500 stores in the United States, Canada and the United Kingdom. The grocer is No. 26 on The PG 100 list, Progressive Grocer’s 2021 list of the top food and consumables retailers in North America. 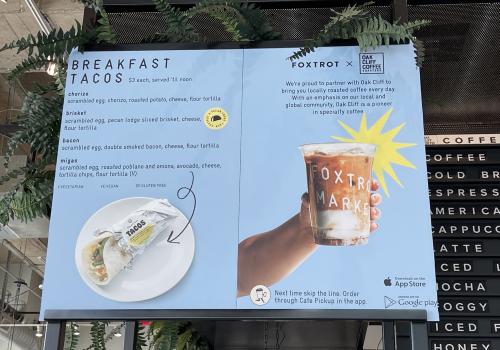 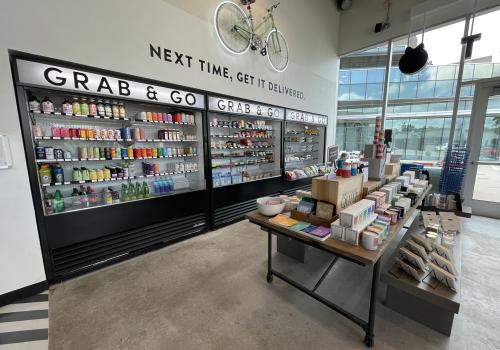 Assortment features grab and go grocery, as well as decor and HBC.
Image 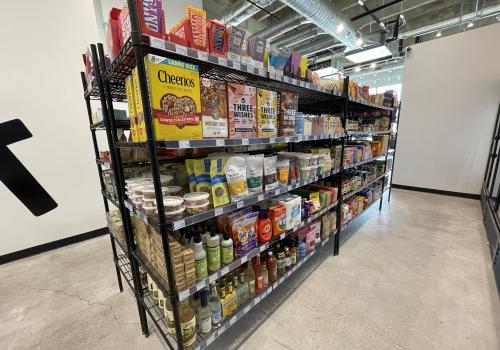 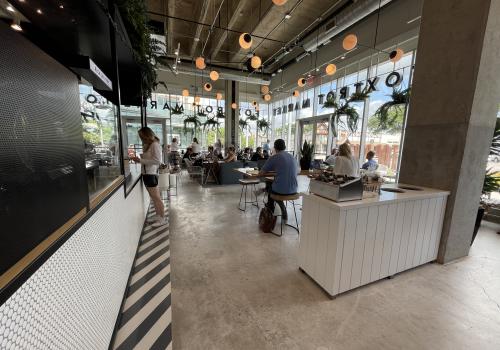 Dallas location is large and airy, designed to tempt shoppers to linger.
Image 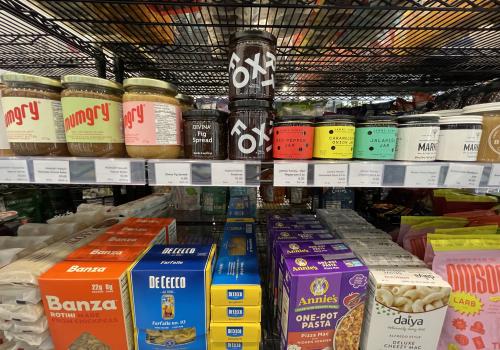 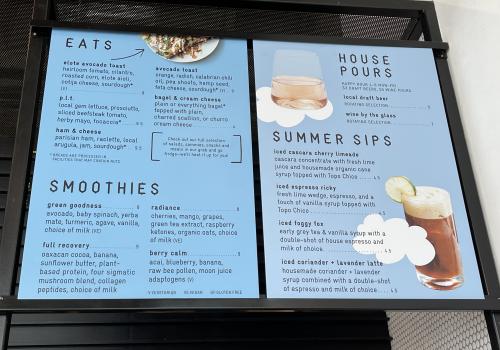 Menus change frequently and are curated to local tastes.
Advertisement