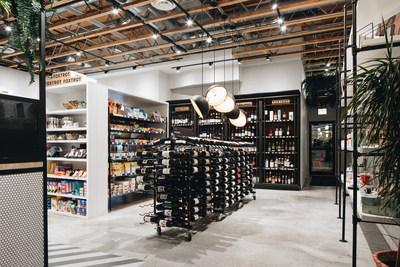 With this new investment, Foxtrot expects to double its store count by the end of 2021.

Upscale convenience store operator and e-commerce operator Foxtrot Market plans to double its store count by 2022 thanks to new investment that involves a former CEO of Whole Foods.

With this investment, Foxtrot expects to double its store count by the end of 2021.

This growth will include adding as many as nine stores in Chicago and Dallas where Foxtrot now has a footprint, and expansion into new markets including Washington, D.C.

Funds will also be used to expand its line of private label packaged goods and gift offerings, and to continue the investment into nationwide shipping that launched in January. By accelerating its e-commerce capabilities and offering nationwide shipping on items like chef-driven packaged products, private label and exclusive-to-Foxtrot goods, and wine, Foxtrot will further itself as the nation's premier corner store, the retailer says.

Additionally, Foxtrot has made three new appointments to its executive team: Sumi Ghosh, COO; Scott Holloway, SVP, delivery; and Caroline Barry, VP, strategy. The newest leadership additions, who have earned their stripes in leadership at Starbucks, Instacart, and sweetgreen, respectively, will be core to the brand's growth in this next phase.

"With this new round of funding and an incredibly strong executive team now fully in place, we see 2021 as a year of tremendous growth for Foxtrot," said CEO and Co-founder Mike LaVitola. "We have built a business that marries the local approach of a corner store with the convenience of e-commerce. We know how our stores operate best and in which markets, which is where we'll be going deep with our expansion efforts next. We also look forward to showcasing to customers coast-to-coast what Foxtrot is all about as we continue to rollout shipping nationwide."

Launched in 2014, Chicago-based Foxtrot combines an upscale corner store and café with app-based purchasing that makes its entire inventory available for delivery in under an hour. In addition to grocery staples, Foxtrot stores offer a full-service café, sommelier-curated wine shop, and unique gift bundles for every occasion via on-demand delivery and in its tech-enabled brick and mortar stores. Select gift bundles are also currently available in Foxtrot's Ship Shop, which will continue to add offerings as it expands its nationwide shipping capabilities.

Foxtrot derives its revenue equally between online sales and in-store purchases. The brand's delivery model has been central to its customer service strategy since inception, making Foxtrot uniquely positioned for strength during the pandemic. In 2020, company sales increased over 100% fueled by consistent year-over-year growth across channels. Of that growth, 55% derives from retail, largely from same-stores sales, and over 200% from e-commerce, driven by a 100% increase in app downloads.

"Foxtrot has mastered giving their customers a seamless and convenient shopping experience — using innovation to meet guests where they are, when they want," said David Barber, founder of Almanac. "Foxtrot's commitment to building a sense of community in every market they enter by creating a space for both members of that neighborhood and local makers to test products and grow distribution is admirable. We're proud to lead this latest investment round and be part of helping Foxtrot reimagine the future of the neighborhood corner store."