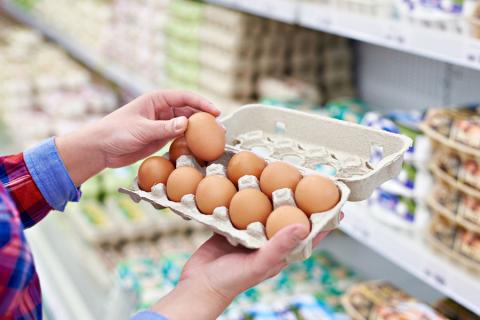 The latest claim reportedly targets San Antonio-based H-E-B Grocery Co. and other food retailers such as Costco, Walmart, Kroger, Alberstons and local operators Brookshire’s Grocery and Lowe’s Markets, according to a report from the Austin American-Statesman.

“The lawsuit filed in Austin last Thursday says the [retailers] nearly tripled the price of eggs after Gov. Greg Abbott declared a state of disaster because of the virus on March 13,” the report note. “Lawyers representing the shoppers said that because it is unclear how many of the businesses participated in price gouging, the five Texas residents decided to sue all of them.”

The shoppers who filed the lawsuit reportedly want a “permanent injunction to stop the defendants from selling eggs at rates higher than 10% of the price before the disaster declaration,” as well as unspecified damages.

H-E-B called the lawsuit allegations “meritless,” according to the newspaper, which added that “officials said while egg prices did dramatically increase, H-E-B often absorbs such increases so customers do not have to pay more.”

Egg provider Cal-Maine Foods, also named in the Texas lawsuit, said it “strongly denies” the allegations. “There has always been great volatility in the egg pricing market,” the company said. “The COVID-19 pandemic caused a massive disruption in every sector of the economy, including the egg industry. Retail demand for eggs reached historically high levels and egg prices increased significantly in line with those demand trends. However, egg prices have since declined quickly to pre-COVID-19 levels.”

In late April, a similar class action was filed in federal court in California, according to SFGate.com. The lawsuit “claims eggs prices have not only tripled at these stores, but that prices have stayed 10% higher than they were prior to March 4, when Gov. Gavin Newsom declared a state of emergency.”

Among the food retailers named in that suit are Costco, Whole Foods and Trader Joe’s, none of which provided immediate responses about the allegations. The plaintiffs reportedly can't confirm the alleged price gouging by every food retailer named in the lawsuit, but assert that there exists a “set of actors seeking to unfairly profit from the increased consumer demand for eggs in the midst of the ongoing crisis.”

In March, as the pandemic spread, businesses closed and consumers started to engage in panic buying, The Consumer Brands Association called on the U.S. Department of Justice (DOJ), state attorneys general and others to help discourage and mitigate price gouging.

Even as some consumers allege that price gouging is taking place in the food retail sector during the pandemic, at least one of those retailers is offering new price protections for consumers. New England grocer Big Y World Class Market recently introduced a price freeze on more than 10,000 items as of May 1, with more products slated to be added to the list.