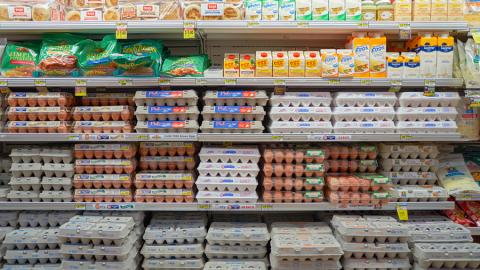 Eggs on sale at a Chicago Jewel-Osco, a banner owned by Albertsons, one of the plaintiffs in an antitrust case against egg producers

A Pennsylvania federal jury has rejected claims of conspiracy to reduce the egg supply that were originally brought by 12 retailers, including such heavy hitters as the Kroger Co. and Albertsons Cos.

The plaintiffs alleged that Seymour, Ind.-based supplier Rose Acre Farms, the second-largest egg produce in the United States, along with two industry groups, United Egg Producers and United States Egg Marketers, had conspired with others to raise shell egg prices, including the creation of an animal welfare program as a pretext to boost their prices.

After a six-week trial and a day and a half of deliberation, the jury returned its verdict. The plaintiffs had planned to seek about $1 billion in damages, which could have resulted in $3 billion after trebling.

An antitrust class action of direct egg purchasers in 2018, which the retailer plaintiffs in the current suit weren’t part of, also ruled in favor of the defendants. The case dates back to 2008, when various egg buyers filed a class action against 13 egg producers, and a federal probe was initiated.