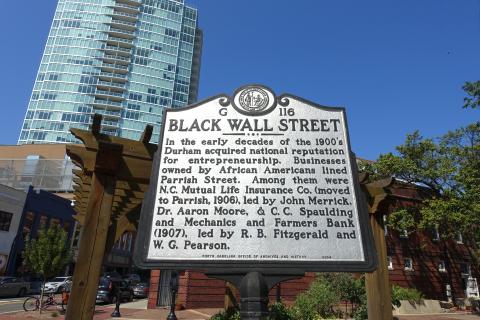 Food Lion is investing heavily in its commitment to advancing diversity, equity and inclusion in its market area. The grocer has revealed a $50 million deposit supporting Mechanics and Farmers (M&F) Bank, the second-oldest minority-owned bank in the United States, to provide greater financial opportunities for the communities the bank serves, including loans to small businesses, investments in technology, and financial literacy programs.

Founded in 1907 in North Carolina, M&F Bank has local branches in Durham, Raleigh, Charlotte, Greensboro and Winston-Salem. With $372 million in total assets, M&F Bank is the eighth-largest African-American-owned financial institution in the United States and the only bank in North Carolina to receive Community Development Financial Institution (CDFI) designation, a network of mission-driven institutions that serve and empower economically distressed communities.

With the $50 million deposit, Food Lion and M&F Bank have created a partnership that will provide financial solutions for underserved communities.

“We are consistently working to nourish the towns and cities we serve, and many times that is with food and also with possibility. This deposit will infuse our shared communities with financial opportunities for economic development, job creation, racial equity and social justice initiatives,” said Meg Ham, president of Food Lion, a Ahold Delhaize USA banner.

“We are two regional organizations focused on the economic development of our communities. This partnership with Food Lion provides momentum, allowing us to make real change for historically underserved communities. We thank Food Lion for their trust and commitment to M&F Bank,” said M&F Bank President and CEO James Sills.

The funds will be managed by J.P. Morgan Asset Management through its Empowering Change program, part of its commitment to bringing new economic opportunities to historically disadvantaged communities.

Salisbury, N.C.-based Food Lion has more than 1,100 stores in 10 Southeastern and Mid-Atlantic states and employs more than 82,000 associates. Its parent company, Ahold Delhaize USA, a division of Zaandam, Netherlands-based Ahold Delhaize operating more than 2,000 stores across 23 states, is No. 10 on The PG 100, Progressive Grocer’s 2021 list of the top food and consumables retailers in North America.