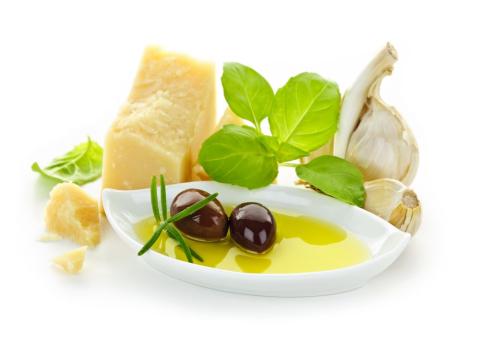 Regionality is intrinsic to Italian cuisine, particularly with respect to Parmesan cheese and olive oil.

Not so long ago, consumers’ interest in ethnic foods revolved largely around Americanized dishes like spaghetti and meatballs and General Tso’s chicken. The growth of social media and online influencers has since opened their eyes to the real thing. However, with the onset of COVID-19 and the resulting decline in restaurant visits, interest in social media and foreign foods spiked. Now, shoppers are combating the doldrums of everyday home recipes with more authentic cuisine, niche ingredients and regional flavors.

Olive oils from Sicily, Puglia and other regions of Italy — each with a unique flavor profile — are gaining retail space. In soy sauce, there are now different varieties to suit various cooking applications. Myriad types of hot peppers from around the world are cropping up, each providing a unique tongue-searing experience. In desserts, exotic flavors like boba (Taiwan), garam masala (India) and churro (Mexico) are differentiating the sector. Driven by COVID-19 fears, there’s also heightened interest in functional herbs, botanicals and so-called superfruits from distant shores that are perceived by shoppers as immunity enhancers.

Learning about ethnic cuisines has become a journey of discovery for many shoppers. “It’s the unfamiliar places and nuances,” notes Denise Purcell, VP of education and content at the New York-based Specialty Food Association (SFA). “They want regions and flavors of India, not just Indian food.”

This phenomenon is evident throughout the store. For example, in the baked goods area, one of the hottest product segments is brioche. The bread’s French origin and unique flavor profile have helped the segment triple in sales to $300 million in the past few years, according to Paul Baker, founder of the Manchester, U.K.-based St. Pierre brand, which is synonymous with brioche.

“Our research found that there was also a desire to explore new flavors and upgrade in order to re-create restaurant quality at home,” continues Baker. “Forty percent of U.S. shoppers are spending more on their regular food shop than pre-pandemic, and 48% have actively looked to recreate restaurant dishes at home.” 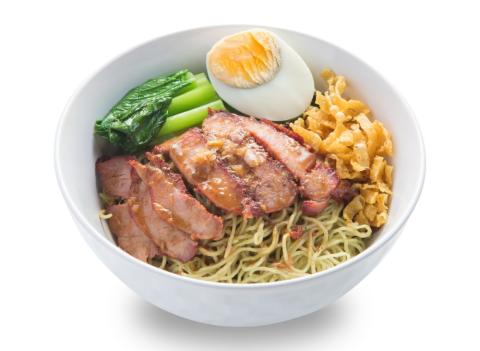 Historically, shoppers explored new cuisines at restaurants or when traveling, or they may have discovered interesting new flavors in the aisles of local grocers that infused their assortments with niche items. However, with COVID-19 restricting activities, hordes of consumers have turned to social media for their culinary education. Seeking to savor new flavors at home, they’re viewing virtual cooking classes, influencers’ product picks, and online recipes and articles.

“Social media is the largest influencer today,and that has only increased during the pandemic,” asserts Sydney Cromwell, marketing analyst at the Taste & Wellbeing division of Givaudan. “Consumers are tired of home recipes and see ethnic cuisine as adventurous. They want cuisine experiences that previously may have come through travel. Now, experiences are achieved through ‘virtual travel.’ They learn about trends, [and] then buy products in pursuit of that international food experience. Restaurants used to lead this, but COVID has stifled that a lot.”

Consumers who follow chefs and influencers are extremely loyal. “There’s influencers with millions of followers who love to cook and experiment,” affirms Phil Kafarakis, former president of the SFA and senior adviser to boards, CEOs and government organizations.

The good news for retailers is that shoppers educated about new ingredients and flavors will often pay more for exotic ingredients than less adventurous shoppers will.

“Before, specialty products weren’t options because ingredients weren’t as accessible and people wanted to pay less,” explains Christophe Desplas, trade commissioner of Chile and director of ProChile, in New York. “This tendency [toward specialty ingredients] has accelerated with the COVID crisis.”

In regional cuisine, tradition plays a significant role and food preparation practices can stretch back centuries. They’re tied to what’s raised or grown in an area, as well as to denizens’ lifestyles, and, in some cases, historical events. Hence, consumers feel that they’re consuming far more than food. “They now see food as culture,” says Laspina.

Regionality is particularly important in Italy, which wasn’t unified until the 19th century. In addition to local olive oils, shoppers are interested in local parmesan cheeses, preserves and other items. There’s also a demand for gourmet pastas made from ancient grains.

DeCicco & Sons, a Pelham, N.Y.-based specialty chain, focuses on Italian foods such as whole and crushed Calabrian chiles. Packed in oil, these hot peppers, which can be used in sauces and pastes, are from the eponymous Italian city from which the DeCicco family hails. “Much of Calabrian cuisine features them,” says Joseph DeCicco Jr., partner/head of purchasing. “They’re made in a historical way. People care where an ingredient comes from. These ingredients have stood the test of time. That’s what people want.”

The peppers are merchandised with Italian condiments and antipastos. In DeCicco’s deli department, they’re a suggested sandwich ingredient. The grocer is also using social media to educate consumers on the peppers’ uses.

Like Italian food, Asian cuisine has long been popular in the United States. Consumers’ interpretation has moved way beyond the local Chinese takeout, however. Whether cooking at home or buying prepared entrées, shoppers want everything from traditional fruits and spices to condiments and specific rice varieties.

Also getting attention are dark (for meats and stews) and light (vegetarian and lighter fare) soy sauces, notes Lee, along with sushi rice, goma (a type of sesame seed), boldly flavored Chinese chives and yuzu. Used to flavor Japanese food, yuzu is a tart, fragrant fruit. “It’s like [a cross between] a lime and a grapefruit, and it boosts flavor profiles,” explains Kafarakis, the former head of SFA. “Everyone wants a multisensory experience.” 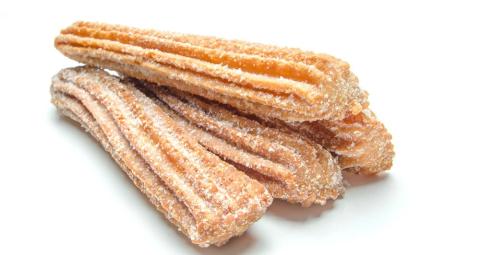 The flavor of churro, a traditional Mexican food consisting of fried dough coated in crystalized cinnamon sugar, has now migrated to ice creams and cookies.

South of the Border

Meanwhile, horchata, a traditional Mexican beverage made from rice, milk, vanilla and cinnamon, is appearing as a flavor in cakes and pastries, and as an accompaniment to chocolate. “Pairing an exotic flavor with something familiar is a great way to introduce it in grocery,” notes Shurhay.

In spices, McCormick’s most recent “Flavor Forecast” discusses the growing popularity of recados. Originating with the Mayans, this sour orange-and-annatto-flavored Yucatan spice paste is used in marinades for hearty dishes like pulled pork.

Hot peppers from many cultures are appearing on their own and as ingredients in condiments and other foods. The peppers are more than just hot, however: Their complex flavors combine “heat” with other nuances. This moves hot food beyond the “mild, medium and hot” parameters with which most Americans are familiar. “The heat index has become more sophisticated, involving what the pepper is, where it’s from and what it does to food,” explains Kafarakis.

In seasonings, Purcell, with the SFA, cites several Asian spice blends that combine “heat and sweet.” Many come from different regions of Thailand. She also points to Cambodian chile paste, which can spice up Asian and non-Asian dishes alike.

Another spice, aji amarillo from Peru, is made from chile pepper with an intense fruity flavor and less heat than other peppers. It works well on grilled fish and on the rim of a margarita glass.

In sauces, Shurhay brings up Mexican chamoy. Made from pickled fruit and chiles, it has a salty, sweet/sour taste. She also singles out Korean gochujang, a paste containing miso, honey, chiles and rice vinegar.

A regional favorite, salsa macha from Veracruz, Mexico, is made with various dried peppers, nuts and oil, and has a slightly spicy and nutty taste, with some tanginess. The sauce is used as a topping for quesadillas and tacos; it’s not served with tortilla chips.

The COVID-19 pandemic has dramatically altered everyday life, including how consumers eat, shop and learn about products. In the case of international flavor trends, independent social media influencers — not major companies — are popularizing many products. When restaurant visits and travel return to pre-pandemic levels, however, will consumers be exposed to the same trends they’re seeing online?

In-stock positioning is another issue, with many retailers having to substitute items, particularly when it comes to imported goods. This sometimes makes it difficult to stay on trend. When this changes, retailers can send more consistent brand messages, but will shoppers still be loyal to their online hosts?

These and other aspects of the future remain to be seen. One thing is for sure, though: Retailers are searching high and low for the next siracha.

COVID-19 has heightened interest in health and wellness, prompting consumers to explore every corner of the globe for products that are purported to prevent or cure mental and physical woes.

The list of antioxidant citrus and “superfruits” keeps growing. At the same time, honey from unique parts of the world is gaining attention, while herbs and florals are appearing in everything from ice cream and yogurt to jams, snacks and baked goods.

Honey has long been used as both a food and a topical remedy. According to WebMD, honey protects against damage from bacteria. Honey’s anti-inflammatory properties also ease pain and inflammation.

Issaquah, Wash.-based Costco is credited with introducing Convita’s manuka honey to consumers. Produced in Australia and New Zealand, manuka is made by bees that pollinate the native leptospermum scoparium bush, or tea tree. Catherine Armstrong, brand ambassador, Melville, N.Y.-based Comax Flavors, describes it as “sweeter and thicker” than other honey varieties, with “some floral notes.” Adds Armstrong: “It’s used in many ways in New Zealand. Health foodies have been talking about it, particularly during COVID, on social media.”

Comax developed a manuka honey flavor that it showcases in a gummy bear. According to Armstrong, the flavor could work well in yogurt, cereal, ice cream or powdered drinks.

Chile is known for sea bass and the tons of produce it exports to the United States annually. Most of its produce exports are fairly basic. The country also produces many organic products, however, including ulmo honey, which is made by bees pollinating the hierba azul plant. Marketed by Chilean brand Terra Andes, ulmo has a light, clean taste with a floral bouquet.

The honey — and other Chilean products — carry a Fairtrade stamp and international organic certification, “giving consumers a clear idea of where it comes from and how it’s processed,” points out Christophe Desplas, trade commissioner of Chile and director of ProChile in New York.

Newly popular superfruits include Chilean maqui berries, according to Desplas. The antioxidant fruit is said to reduce inflammation, lower “bad” cholesterol and control blood sugar. Another antioxidant fruit grown in Chile, passion fruit, is a good sauce of fiber and may help prevent cancer, support heart health and reduce anxiety.