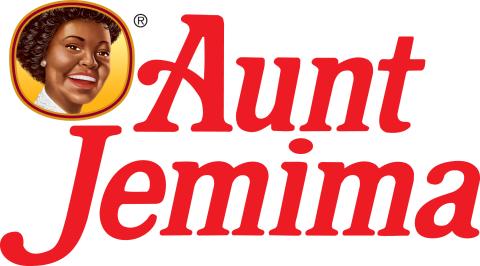 Protests against racial injustice have led brands to reconsider products.

After some 130 years, Aunt Jemima will soon be no more. And Uncle Ben appears to be on his way out, too. Mrs. Butterworth's could also be in trouble.

The branding for the Aunt Jemima product line— syrup and pancake mix being the most well known of those items — originates with the “Old Aunt Jemima” minstrel song. Minstrel songs and shows represent a form of racist “blackface” entertainment with long roots in U.S history.

The Aunt Jemima branding — and its use of an illustration of a black woman on labels — has long attracted controversy. Now, of course, protests are happening around the country in opposition to racial injustice, bringing quick change to many parts of society, not the least of which is the broader worlds of CPG branding and food retail.

“We recognize Aunt Jemima’s origins are based on a racial stereotype,” Quaker Oats’ vice president and chief marketing officer Kristin Kroepfl said in a statement. “As we work to make progress toward racial equality through several initiatives, we also must take a hard look at our portfolio of brands and ensure they reflect our values and meet our consumers’ expectations.”

According to reports, those products will gain a new name and look later this year, and consumers should notice them on supermarket shelves by fall. No other immediate details about the fate of existing Aunt Jemima products were available by Wednesday afternoon.

According to a company timeline, the brand debuted in 1889 as the “world’s first ready (pancake) mix.” A year later, “Aunt Jemima was first brought to life by Nancy Green, a storyteller, cook missionary worker.” Then, in 1893, Aunt Jemima pancakes gained global attention via the Chicago World’s Fair (an event made famous again in the early 21st century via the book “The Devil in the White City: Murder, Magic and Madness at the Fair that Changed America.”)

A famous rice brand also reportedly is in for a serious and similar revision. Late Wednesday afternoon, NBC reported that the "parent company of Uncle Ben’s rice said ... that 'now was the right time to evolve' the brand, including visually, but did not release details of what exactly would change or when."

The packaging of Uncle Ben’s rice features an older black man in a suit with a bow-tie — an image that has long carried negative racial connotations, and the type of image that can also be traced back to older racist attitudes.

A spokesperson for Mars Food North America, which owns Uncle Ben’s, told AdWeek on Wednesday “that we have indeed been considering a more substantive change and have begun that work even before news of Aunt Jemima.” The spokesperson provided no further details.

Uncle Ben’s brand history goes back to the immediate post-World War II period. According to company lore, “Uncle Ben” is a “proud and dignified gentlemen,” and was based on both a Chicago chef and a black farmer from Texas. Even so, historians have pointed out that even in the mid-20th century in the U.S. — the time during which Uncle Ben was growing as a brand — older black men were often called “uncle” as a way to remind them of their supposed inferiority before white people. The period from the end of World War II until the mid-1960s was still the Jim Crow era in this country.

Also late Wednesday, Conagra Brands said that it was reviewing The Mrs. Butterworth's brand. According to Conagra, that brand, "including its syrup packaging, is intended to evoke the images of a loving grandmother. We stand in solidarity with our Black and Brown communities and we can see that our packaging may be interpreted in a way that is wholly inconsistent with our values."

As companies rethink certain brands, the food retail industry and other merchants are increasing coming out in favor of people fighting racial injustice — a sign, perhaps, that more changes are coming with products that have long attracted controversy thanks to packaging, logos and images. And the changes could go well beyond that. For example, earlier in June, Walmart said it would stop putting security locks on multicultural beauty products in the wake of protests over racial injustice. According to Reuters, Walmart said the practice was in place in about a dozen of its 4,700 stores in the United States and the cases were in place to deter shoplifters from products such as electronics, automotive, cosmetics and other personal care products.