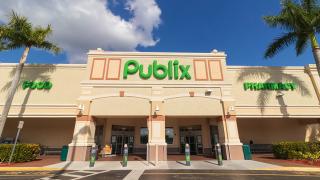 Publix CEO Todd Jones spoke out against racial injustice as part of the donation effort.

Food retailers have in recent days made a rush of donations in the fight against racial injustice, and Publix provides one of the latest examples of that.

The grocery chain will donate $1 million to National Urban League affiliates in the southeastern U.S., according to an online post from the retailer. The announcement came Sunday, via a letter from CEO Todd Jones to Publix more than 220,000 employees.

“The last few months have brought unprecedented challenges to our company and our country,” Jones wrote. “Throughout this time, I’ve been proud of Publix associates, working in our stores, facilities and behind the scenes to do what we have historically done so well — care for each other and our communities. Today, it’s evident that our support and compassion are required on an even deeper level.”

In that letter, Jones also wrote this: “Like you, I’m saddened and unsettled by any racial injustice or events that divide our country. There are many emotions we are feeling — fear, anger, anxiety and impatience. Now, more than ever, is the time for us to listen with open hearts and to lead with empathy — toward each other, toward our customers and toward our communities.”

Other food retailers have made similar donations as protesters gathered and marched after the alleged police killing of George Floyd in Minneapolis. Target stands as one example of that. Last week, the retailer made a “$10 million commitment” toward “social justice” and rebuilding and recovery efforts as racial injustice protests and riots continue across the nation. Target said it would invest $10 million in support of the National Urban League the African American Leadership Forum, both of which the chain described as “longstanding partners,” in addition to adding new partners in Minneapolis-St. Paul and across the country.

Meanwhile, the CEO of The Kroger Co. has spoken out against racial injustice in announcing that retailer’s own donation. "We share in feelings of sadness, fear and outrage. We must use our voice to express that we are against racism and injustice against the Black community. We can and we must do better as a company, community and country," he said. "It's my responsible to help Kroger be part of the solution."