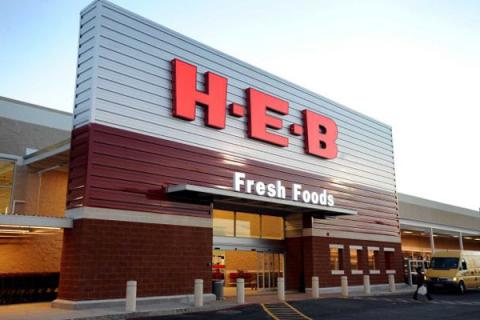 The Texas-based grocery chain announced Tuesday that it has created a $1 million fund to address racial inequalities and injustices.

H-E-B has become one of the first supermarket companies to take a financial stand on racial injustice and police violence amid the national George Floyd protests.

The Texas-based grocery chain announced Tuesday that it has created a $1 million fund to address racial inequalities and injustices after Floyd died at the hands of a Minneapolis police officer on Memorial Day.

"H-E-B was founded over 115 years ago on the unwavering belief that each and every person counts," said H-E-B President Craig Boyan on the company's Facebook page. "Treating all people with dignity and respect is at the core of what unites us. We all must take a stand against what happened to George Floyd and so many other black lives throughout history. We stand together with the black community against the divisive nature of racism, intolerance, discrimination and hate."

The company also issued a statement saying that "the tragic events that have unfolded over these last few weeks are weighing heavily on the H-E-B family, just as they have for Americans across our country.

"We must all take a stand against what happened to George Floyd – and the tragic deaths of so many other black lives throughout our history. Together we stand with the black community and communities of color in the fight against racism, intolerance, discrimination and hate," the company says.

The move from H-E-B comes after several retailers including Walmart, Target and Amazon, have issued statements on protest-related operational changes but have stopped short of pledging to donate to diversity causes.

On Sunday, Walmart closed several hundred stores because of potential protests. Amazon said it had adjusted routes or scaled back delivery operations in some cities. And Target closed dozens of stores in California, Minnesota, Illinois and Pennsylvania.

“We are a community in pain. That pain is not unique to the Twin Cities—it extends across America,” Target said on its website last week. “The murder of George Floyd has unleashed the pent-up pain of years, as have the killings of Ahmaud Arbery and Breonna Taylor,” he added, invoking the names of other black Americans who died recently. “We say their names and hold a too-long list of others in our hearts. As a Target team, we’ve huddled, we’ve consoled, we’ve witnessed horrific scenes similar to what’s playing out now and wept that not enough is changing. And as a team we’ve vowed to face pain with purpose.”

In other H-E-B news on Wednesday, the grocer announced that it will no longer require shoppers to wear masks. According to the San Antonio Express-News, H-E-B spokeswoman Julie Bedingfield said employees and vendors will still wear masks.

"The CDC, State of Texas, and local health officials strongly recommend the use of masks or facial coverings in public spaces. As Texans Helping Texans, we wear masks to keep each other and our families safe. Social distancing, wearing masks, proper hand washing, and sanitization are all things we do to help keep Texas healthy," H-E-B said in a statement.

With 400 stores in Texas and Mexico, San Antonio-based H-E-B is No. 17 on The PG 100, Progressive Grocer's list of the top food retailers in North America.