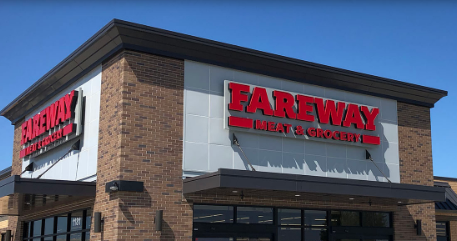 Fareway has plans for a 8,700-square-foot meat market store in north Kansas City, which will be the grocer's third meat market in the area.

Fareway Stores Inc. hosted groundbreaking ceremonies on April 11 for two Iowa grocery stores to be located at 16035 Hickman Road in Clive (its second store in the city) and 9080 Mills Civic Parkway in West Des Moines. Site work will begin immediately for the approximately 24,000-square-foot store in Clive and the approximately 21,000-square-foot store in West Des Moines. Completion of both locations is expected in early 2023.

“We are excited to continue our growth and bring additional locations to expanding areas of the metro,” said Fareway CEO Reynolds W. Cramer. “We want to thank both local and state officials, and look forward to serving area residents and the surrounding neighborhoods.”

The company also held a grand-opening celebration for a new 11,000-square-foot grocery store in Rockwell City, Iowa, earlier in the year. Another new Iowa location is planned in the near future in Waukee.

“Fareway is a great Iowa company that understands the needs of our state and is committed to meeting them in communities large and small,” said Debi Durham, executive director of the Des Moines-based Iowa Economic Development Authority and Iowa Finance Authority. “The fact that Fareway is willing to design stores and product lines based on a neighborhood or community speaks to this company’s innovative spirit.”

Fareway's Midwest growth plans go beyond its home state of Iowa, though. In Minnesota, the grocer hosted a ribbon-cutting ceremony this past January for its Spirits & More store. The more than 2,500-square-foot store addition in Owatonna provides various wines, craft beer and an expanded liquor selection, as well as other specialty and exclusive items.

Additionally, in Nebraska, Fareway recently opened a new 21,000-square-foot grocery store in the city of Gretna.

Family-owned Fareway operates more than 120 stores in the Midwest, and employs more than 12,000 associates. The Boone, Iowa-based company is No. 81 on The PG 100, Progressive Grocer’s 2021 list of the top food and consumables retailers in North America.