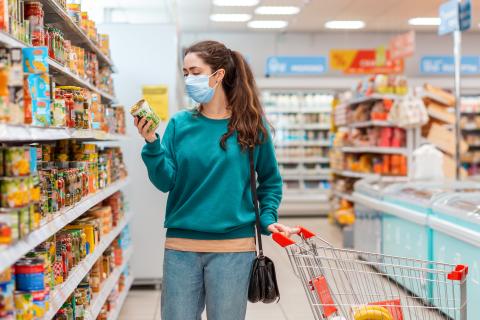 According to the fifth annual dunnhumby Retailer Preference Index (RPI), a comprehensive nationwide study of the approximately $1 trillion U.S. grocery market, Amazon has maintained its leadership position amid the second year of the pandemic, with H-E-B in second place and New England regional grocer Market Basket overtaking three other retailers to wrest third place from Trader Joe’s. Wegmans held fourth place for a second consecutive year.

“The pandemic has massively accelerated changes in how customers buy their groceries, and their behaviors are continuing to evolve,” noted Grant Steadman, president of North America for Chicago-based customer data science providerdunnhumby. “2021 was the year that grocery retail became truly omnichannel. Retailers who delivered on their customers’ evolving needs in-store and online performed best. This was mostly the larger players, who used their advantages to consolidate their positions. The challenges for most other retailers are significant, but a number of midsize grocers gained momentum by understanding their customers better and differentiating their offering accordingly. The report aims to provide some direction on why and how retailers can best position themselves to win with customers, in this era of the Great Reinvention.”

The overall RPI rankings are derived from a statistical model that predicts how retailer execution on several customer needs, or preference drivers, influences enduring emotional bonds with customers, as well as near- and long-term financial performance. Each preference driver score and emotional connection score is measured with data gathered from a customized online survey of 10,000 U.S. households per year. The seven drivers of customer preference are price, quality, digital, operations, convenience, discounts, rewards and information, and speed.

Key findings from the study include:

Price and quality no longer dominate all other customer preference drivers in creating superior, long-term sales growth and emotional connections with shoppers. Price is by itself at the top in importance, with digital and quality tied for second. For the fifth year in a row, Aldi’s laser focus on price earned the discount retailer the highest ranking on price.

BJ’s, Giant Co. and Food Lion’s emphasis on a personalized customer experience through promotions, rewards and assortment helped their rapid rise in the rankings. All three also offer well-run operations that minimize out-of-stocks and maximize price consistency and logic. Most importantly, these three retailers provided all of the above attributes without letting base price perception lag too far behind Walmart, Costco and Aldi.

Further, Brookshire’s and Hy-Vee also advanced significantly in the rankings, thanks to their omnichannel leadership. They’re among the market leaders in both ease and customer service in e-commerce, and speediness of the in-store shopping experience.

Digital is the main driver of momentum, as demonstrated by Amazon’s ranking as top U.S. grocery retailer for the past two years. In digital, Amazon is also No. 1,  followed by Amazon Fresh, Target, Walmart and Sam’s Club. Amazon, Target and Walmart achieve clear gaps between one another and all other retailers in digital capabilities. The gap in digital pillar score between Walmart (No.  4) and Kroger (No. 15) is as large as the gap between Kroger and the 59th-ranked retailer.

Digital’s share of total grocery sales more than doubled during the pandemic, from 5% to 10% of sales, although half of the U.S. grocery shopping population doesn’t buy online and doesn’t plan to. Almost all online shoppers still buy in physical stores, where about 90% of all customer dollars are currently spent.

Retailers that use their own e-commerce platform, rather than using Instacart or other third-party platforms, have better customer perception of both the e-commerce shopping and delivery phases, and performed better financially.