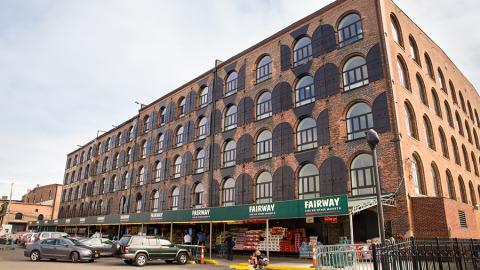 Fairway's store in the Red Hook section of Brooklyn, N.Y.

Reports of its death may be exaggerated: Famed New York metro area grocer Fairway Market is vigorously denying accounts that it’s going out of business.

“Despite reports, Fairway Market has no intention to file for Chapter 7 [bankruptcy] or liquidate all of its stores,” the upscale grocer said in a statement. “Such statements are categorically true and disappointing. Fairway has been engaged in a strategic process and expects to soon announce a value-maximizing transaction that will provide for the ongoing operations of stores. Our lenders remain extremely supportive of our efforts. All 14 stores remain open for business, offering a complete range of high-quality, specialty food products, and we look forward to seeing our customers and employees.”

Citing unnamed sources, TheNew York Post reported that the chain is planning to file for Chapter 7 bankruptcy, meaning that it doesn’t currently have a plan to continue operations, unlike the Chapter 11 reorganization plan it filed in 2016. Accordingly, Fairway is expected to permanently close all of its stores, including its flagship location at Broadway and West 74th Street, noted the Post.

The newspaper noted that the liquidation would take place despite the interest that rival grocer Village Super Market Inc., a Springfield, N.J.-based ShopRite operator, reportedly has in acquiring some Fairway stores and retaining the iconic banner.

“Village Super Market is very well capitalized, and they are successful in the suburbs,” the Post quoted “one industry insider” as saying.

Fairway had reportedly been considering bankruptcy protection after failing to find a buyer for its stores last year.