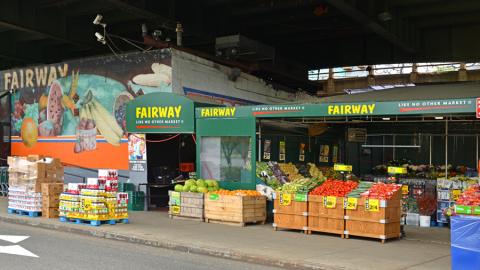 Fairway Market has been put up for sale again, three years after the New York metro food retailer emerged from Chapter 11 bankruptcy protection with new owners, according to a published report.

The company’s sponsors, among them Brigade Capital Management LP and Goldman Sachs Group Inc., have privately started seeking bidders and have received interest from potential strategic and financial buyers, reported Bloomberg, citing sources who asked not to be identified. Fairway representatives didn’t respond to the publication’s requests for comment.

Stiff competition from the likes of Whole Foods Market, Trader Joe’s and delivery services, as well as price-cutting, hurt the upscale grocer in the months after it filed for bankruptcy in 2016, according to Bloomberg, which noted Moody’s Investors Service’s assessment last November that another debt restructuring appeared to be in the offing.

Meanwhile, Fairway CEO Abel Porter sounded an upbeat note in press interviews, noting that the company was accumulating cash, and that he was focused expanding the produce offering and online sales, and adding in-store services.

The chain has 15 supermarkets and four wine stores in the New York metropolitan area.