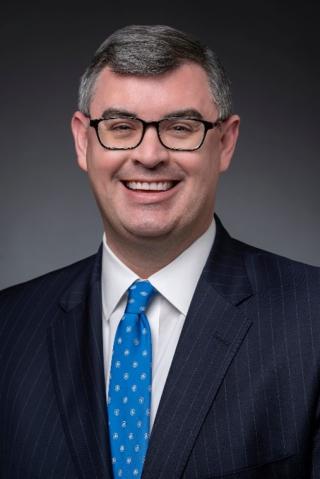 What comes to mind when you hear the term “independent grocer”?

Is it a local grocery store, maybe a mom-and-pop, where the checkers know your name because you’ve been shopping there for years, and the name of the store is painted on the fence at the Little League field?

Is it the local chain that sells local produce, has the best fried chicken in town, and handed out free bottled water and supplies when the power went out after the big storm last year?

Is it a vibrant, dynamic industry that generates billions in revenue and employs more than 1 million people from the communities in which it operates?

Truth be told, independent community grocers are all of these things.

Independent community grocers are the true entrepreneurs of the grocery industry, passionately committed to their customers, their associates and the markets they serve. Privately owned by families or by employees, these retailers operate a variety of retail formats based on the needs of the local community.

The National Grocers Association (NGA) represents independent community grocers in every congressional district across the country, where they’re at the heart of local communities, providing jobs and boosting tax revenue while bringing choice, convenience and value to hard-working Americans.

In fact, that tagline – “At the heart of the community” – is the messaging at the core of NGA’s comprehensive rebranding, rolled out earlier this year. This motto, plus a new logo and imagery, reinforces our mission: to ensure independent, community-focused retailers and wholesalers have the opportunity to succeed and better serve consumers through our policies, advocacy, programs and services.

Further reinforcement is provided by NGA’s latest economic impact study, which demonstrates how independent community grocers are crucial to feeding the nation’s pocketbooks as well as its bellies.

To be sure, within this industry beats a healthy heart. Yet despite the gains made in the nearly a decade since the previous economic impact study, independent grocers have lost ground in many rural and urban areas where food deserts exist, in large part due to competitive disadvantages in the marketplace that favor big-box retailers and dollar stores.

Independent community grocers are facing increased economic pressure from power buyers such as big-box chains and dollar stores, which have replaced small local grocers as the main source of food in many of these markets, usually with a far lesser selection of fresh food. In such cases, the next closest source of fresh food like produce and meat could be many miles away.

Exacerbating the problem is nonenforcement of decades-old antitrust laws. NGA is working to reverse this trend through a comprehensive antitrust advocacy approach that would rein in growing power-buyer influence and encourage grocery investment in disadvantaged communities.

Demonstrating to our nation’s policymakers how important independent grocers are to its communities will be a crucial part of this advocacy, a mantle the NGA team is honored to carry. Along with the association’s move from suburban Virginia to Washington, D.C., the strength of the industry as an economic driver and the clarity of NGA’s new branding should provide excellent support for these efforts.

The late economist John Kenneth Galbraith once said, “A person buying ordinary products in a supermarket is in touch with his deepest emotions.” Independent community grocers not only touch people’s hearts, they are the nexus of daily life and the lifeblood of local and regional economies. In giving voice to our members, NGA will consistently strive to advocate and advance independent community grocers, who serve as cornerstones to Main Street and are at the heart of the community.