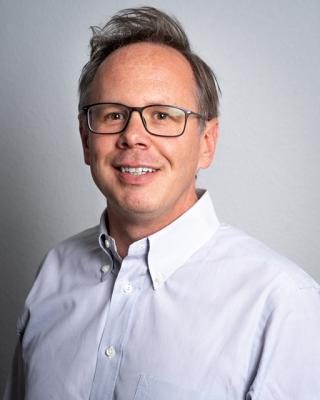 Online delivery service EasyBins is pioneering the idea of eliminating the store as a shopping constraint by allowing consumers to order groceries from various stores at once through its service.

The rapidly growing service is a first-of-its-kind grocery delivery experience because, unlike competitors such as Gopuff and Instacart, Easybins offers items from multiple stores rather than just one retailer, has no delivery fees or minimums, and targets a consistent delivery time for guaranteed service. San Francisco-based DoorDash, another competitor, last year introduced a similar service, known as DoubleDash, which allows consumers to shop across several stores and categories in a single order. This past September, Albertsons Cos. became the first grocer to pilot DoubleDash.

“Easybins is a delivery business that gives the shopper a new experience with reliability and predictability,” said EasyBins Founder James Farmer. “We’re primarily a grocery delivery business, so [we deliver] everything you’ll find in the grocery category, which includes consumables like laundry, paper goods, pets, health and wellness. It gives moms and dads access to all those items all at ones.”

In a similar way to which travel websites such as Priceline and Kayak have an assorted list of amenities from various travel companies, EasyBins has a similar model for grocery shopping. The service has more than 50,000 varied products across retail chains such as Trader Joe’s, Whole Foods Market, Walmart and Target, as well as local stores.

Not only is EasyBins working to change the way that online grocery shopping is done, but it’s also making a positive impact on the environment and community. In an effort to reduce food insecurity, the company has a program called the Little Free Food Pantry that allows customers to donate to a local food pantry as they’re shopping online.

Additionally, the service diminishes the amount of carbon pollution many consumers would create while driving back and forth to the store and eliminates the use of plastic bags by delivering the groceries using food-safe temperature-controlled bins. EasyBins drivers have an average of 15 to 17 delivery drop-offs within an hour.

“The radius of our delivery network will typically be 10 to 17 miles from our distribution center, and that’s going to be a little bit larger than a typical trade area for a grocery store,” said Farmer. “We’re not making the drive just for you; the magic is, we’re making the drive for you and all the other people that ordered around your area. And that’s how we change the economics of grocery delivery.”

The temperature-controlled bins keep items and produce safe for about four to six hours after delivery, and are also designed to keep weather and wildlife out. After shoppers unload the bin and gather their items, the shopper will have to return the bin outside where it was dropped off, and an EasyBins employee will pick it up within 12 hours.

The temperature-controlled bins have a life cycle of 600 deliveries and can maintain a desired temperature inside, depending on whether products need to be kept frozen, refrigerated or at room temperature.

“We just do delivery a little more differently,” said Farmer. “More items the same time, every single day. That’s what moms and dads told us they wanted. They want predictability with more variety.”

Besides the areas where it already operates, Easybins aims to expand its service to other regions in the next few years. Starting with a launch in the next few weeks in two new locations that it declined to disclose, the company plans to be operational in more than 20 markets by the end of 2022. A recent influx of $2 million in seed money is allowing EasyBins to expand its staff and geographic reach.