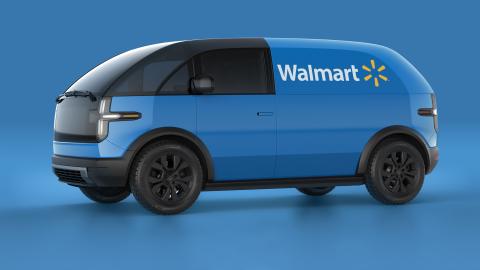 Walmart purchased 4,500 Canoo electric vehicles to be used for last-mile deliveries in support of its growing e-commerce business.

DoorDash has decided to end its partnership with Walmart after more than four years of delivering the retail giant’s products to customers nationwide, according to recent media reports.

Sources familiar with the matter told Business Insider that DoorDash decided to end its partnership with Walmart because it was no longer mutually beneficial and because the delivery company wanted to focus on “its long-term customer relationships.”

“We’d like to thank Walmart for their partnership and are looking forward to continuing to build and provide support for merchants in the years ahead with our leading Marketplace and Platform offerings,” a spokesperson from San Francisco-basedDoorDash told TechCrunch in an email.

DoorDash has indeed been busy securing other retail partnerships. Most recently it has teamed up with Grocery Outlet and Associated Wholesale Grocers Inc. to offer both retailers on-demand delivery. DoorDash also expanded its partnership with Schnuck Markets Inc. to include prepared foods and it rolled out PC Express Rapid Delivery with Loblaw Cos. Ltd.

DoorDash is said to have sent Walmart a 30-day notice and a letter earlier this month to end their partnership. The termination will go into effect in September.

“As for our agreement to part ways with DoorDash, we’d like to thank DoorDash for their partnership and support of our customers the past several years,” a spokesperson from Walmart told TechCrunch in an email.

The breakup comes after Walmart announced it was increasing its own delivery efforts by purchasing 4,500 all-electric delivery vehicles from high-tech advanced mobility company Canoo. The new vehicles will be driven by Walmart associates and used to deliver online orders ranging from groceries to general merchandise, with the additional potential of being used by Walmart GoLocal, the company’s delivery-as-a-service business. The vehicles will help deliver online orders in a sustainable way, contributing to Walmart’s target of achieving zero emissions by 2040.

Each week, approximately 230 million customers and members visit Walmart’s more than 10,500 stores and numerous e-commerce websites under 46 banners in 24 countries. The company employs approximately 2.3 million associates worldwide. Bentonville, Ark.-based Walmart U.S. is No. 1 on The PG 100, Progressive Grocer’s 2022 list of the top food and consumables retailers in North America.