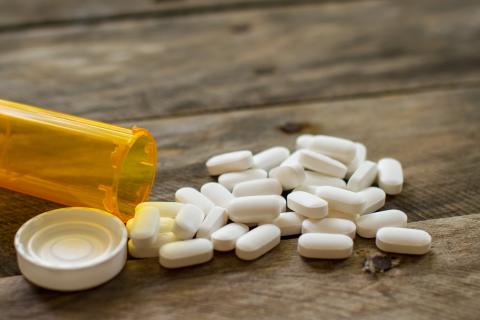 Judge Dan A. Polster ruled that CVS, Walgreens and Walmart's pharmacies bore responsibility for one-third of the amount that Ohio’s Lake and Trumbull counties need to deal with the devastating ongoing effects of opioid use.

A federal judge has ruled that CVS, Walgreens and Walmart must pay $650.5 million to two Ohio counties for their part in the opioid crisis, according to a published report in The New York Times, which noted that the ruling is the first by a federal judge to assign a specific amount of money that the companies need to pay in relation to opioids.

Judge Dan A. Polster, of United States District Court in northern Ohio, ruled that the companies’ pharmacies bore responsibility for one-third of the amount that Ohio’s Lake and Trumbull counties need to deal with the devastating ongoing effects of opioid use. Polster also held drug manufacturers and drug distributors responsible for the opioid epidemic. Both of these groups have also had lawsuits brought against them.

The retailers said that they were disappointed by the ruling and that they would appeal it, the Times reported. According to Walgreens spokesman Fraser Engerman, “We never manufactured or marketed opioids, nor did we distribute them to the ‘pill mills’ and internet pharmacies that fueled this crisis.”

“Instead of addressing the real causes of the opioid crisis, like pill mill doctors, illegal drugs and regulators asleep at the switch, plaintiffs’ lawyers wrongly claimed that pharmacists must second-guess doctors in a way the law never intended and many federal and state health regulators say interferes with the doctor-patient relationship, ” observed Walmart spokesman Randy Hargrove.

The money has to be paid in installments over 15 years, Polster ruled. He additionally ordered the companies to adhere to strict monitoring and reporting rules within 90 days to ensure that they improve how they dispense opioids and identify potential problems. Among those requirements are establishing hotlines for anonymous tips, and policies for internal compliance committees.

The judge pointed out that both CVS and Walgreens had already agreed to these restrictions in a May settlement of an opioid case in Florida. While such practices should already exist in line with federal regulations, this order gives further oversight to an outside administrator.

Polster’s decision comes in the wake of a November jury verdict that found CVS, Walgreens and Walmart kept dispensing mass quantities of prescription painkillers for years while ignoring indications that the medications were being abused.

A hearing to determine what amount Walgreens must pay to replenish budgets depleted by the opioid epidemic has yet to be scheduled in a case brought by the city and county of San Francisco.

With more than 10,500 stores and numerous e-commerce websites under 46 banners in 24 countries, Bentonville, Ark.-based Walmart U.S. is No. 1 on The PG 100, Progressive Grocer’s 2022 list of the top food and consumables retailers in North America, while Sam’s Club ranks eighth. Deerfield, Ill.-based Walgreens, which operates nearly 9,000 retail locations across the United States, Puerto Rico and the U.S. Virgin Islands, serving about 9 million customers daily, is No. 5 on The PG 100. The CVS Pharmacy subsidiary of Woonsocket, R.I.-based CVS Health, No. 7 on PG’s list, operates almost 10,000 locations nationwide.