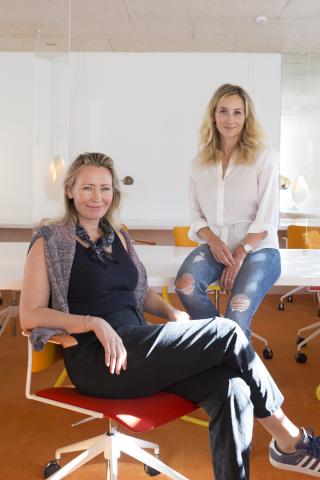 Martie, a new online grocer offering brand-name pantry staples at 40%-70% off retail, has made its debut, starting with delivery to California residents. Offering such recognizable brands as Annie’s, Heinz and Kettle, Martie diverts surplus pantry staples from going to landfills and brings them directly to customers' doors.

Requiring no memberships or subscriptions, Martie aims to make foods more accessible through pricing and distribution at a time when food prices have risen by 4.6% in the past 12 months, and more than 13 million American families are food insecure, according to data from the Bureau of Labor Statistics.

Over the past 10 months, female serial food and tech entrepreneurs Louise Fritjofsson and Kari Morris built the business remotely, securing $3 million in funding from Upfront Ventures and forming an advisory board of seasoned executives, among them Philip Behn, the former CEO of San Francisco-based Imperfect Foods.

“We are solving a problem we ran into as founders ourselves,” said Fritjofsson. “After collectively launching more than five food brands, the disconnect between the value of surplus inventory – stemming from package changes, seasonal products and change in orders – and available outlets, causes 30%-40% of all foods produced to go to landfill.”

Added Morris: “This is a staggering 108 billion pounds of food that can be saved, and it’s a problem so deeply integrated into the full food production cycle that it will not be solved in itself.”

As the only female-founded online grocery store, Martie’s $3 million seed funding accounts for just 0.03% of the $10 billion that has been invested in the male-dominated industry this year alone, although grocery shoppers are overwhelmingly women.

Rolling out with more than 400 SKUs from 300-plus brands, Martie offers shoppers nine stocked categories of shelf-stable items such as coffee and tea, nut butters, cereal, pastas and soups. The company’s banned-ingredients list enables shoppers to trust the high quality standards of the foods and brands.

“Martie is tackling two of the biggest challenges we as a society face today, as food waste is a sizable contributor to our global climate crisis, as well as many American families ... struggling to make ends meet,” noted Kobie Fuller of Los Angeles-based Upfront Ventures. “We are excited by Martie’s winning combination of incomparable savings, ease of shopping, convenience of home delivery, and positive impact on the planet. Martie will quickly become a household name and make a real difference in people’s lives.”

The e-grocer will first establish itself in its home state of California in the fourth quarter of 2021. Future expansion includes nationwide delivery and a growing list of like-minded brands and suppliers.