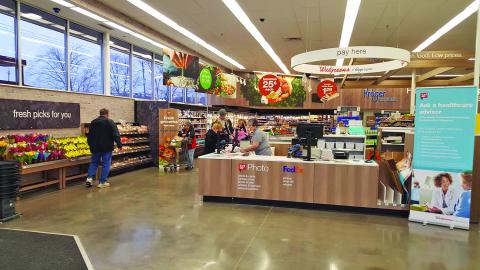 Aside from the recent COVID-19-related sales surge, both companies’ sales growth has been modest for several years. However, an innovative partnership model that combines the respective strengths of both organizations in a hybrid concept could change that trajectory and create a new competitive dynamic in the food retailing world. What began as a pilot program involving 13 stores in August 2018 gained momentum and was expanded in 2019, when it took an even more formal turn with the creation of a group purchasing organization branded as the Retail Procurement Alliance.

The logic behind the moves makes sense. Owning or leasing assets nationally for stores, distribution and manufacturing has provided a sustainable historic growth path for both, but the simple test is, if either could rebuild their business from scratch, what would the portfolio look like, and would it retain the current store footprint, formats, selling space and distribution network? 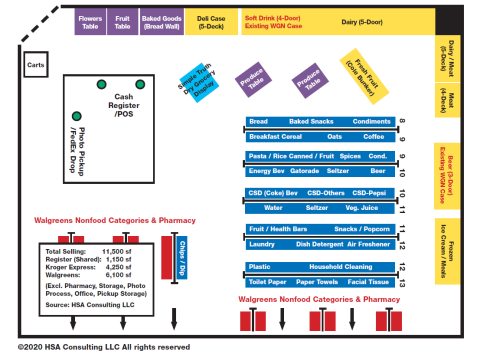 The Walgreens location at 5006 North Broadway Street in Knoxville, Tenn., is an expanded refrigeration-format store with a Kroger Express section that covers 4,250 square feet of prime front end space, which accounts for about 37% of the store’s total squ

Kroger and Walgreens announced their initial collaboration in October 2018, involving 13 Walgreens stores in northern Kentucky, about 10 miles from Kroger headquarters in Cincinnati. These stores featured perishables, refrigerated products and dry grocery items, of which 30% were Kroger store brands. The selling space featured Kroger signage, and the 13 locations offered pickup of Kroger.com orders.

A year later, Kroger and Walgreens expanded the partnership to a new market and more locations. Knoxville, Tennessee, was selected as the test market for a 35-store test that involved four separate Kroger Express formats in 35 Walgreens stores. In addition, Walgreens placed its health and beauty departments in 17 Kroger locations.

The Kroger Express formats in the Knoxville market fell into these distinct classifications:

By December of last year, as the relationship progressed, the companies created the Retail Procurement Alliance to reduce the cost of goods sold and stimulate private label innovation. It’s worth remembering, however, that such group purchasing organizations often end one of three ways: They continue with just two initial parties, each retaining their independence; they attract additional out-of-market retail members, which may conflict with Kroger’s ability to expand Kroger Express distribution in non-overlap Walgreens strongholds; or the relationship breaks up or ends in a merger. 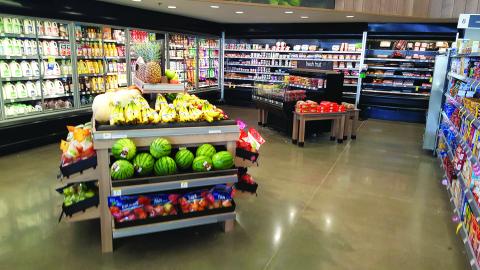 The offering of fresh produce and extensive cooler sections under the auspices of Kroger Fresh Express creates an unique store experience at Walgreens.

Knoxville is only 250 miles from Kroger’s headquarters and the nearest step-up market to the initial 13 northern Kentucky Walgreens test stores. The population is 850,000 in six of the counties covered by the test, with a stable growing economy. Also, the area ranked No. 36 in Kroger’s top 50 markets.

Kroger’s Knoxville stores are large — on average, 83,000 total square feet — and include five Marketplace locations (120,000-plus square feet), which double as pickup order delivery hubs for smaller Kroger stores and 23 Walgreens locations. Kroger has heavily invested in Knoxville for renovations and average store-size upgrades. There are few older stores, and even those perform well due to limited competition. All of the pilot stores are within a 30-mile radius of central Knoxville, but the distance between stores is minimal. For example, fewer than 60% of Kroger’s locations are less than 1 mile from their nearest Walgreens stores, and on average, a Walgreens location is 3.2 miles from a Koger store. Therefore, cannibalization in overlap categories is unlikely. 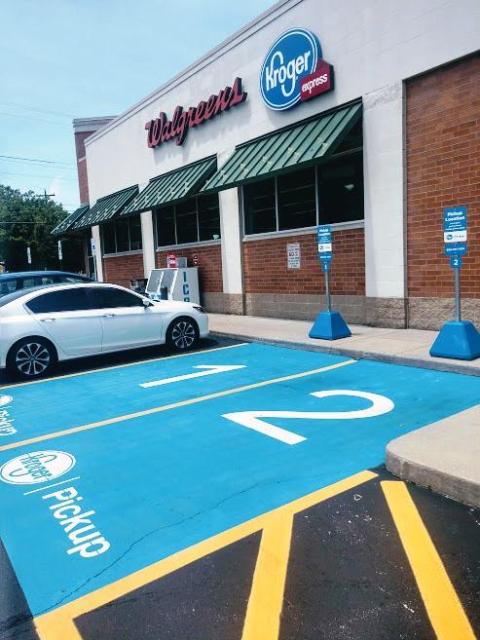 Shortly after the expanded relationship in Knoxville was announced, Kroger.com pickup was available at 15 Kroger stores and 23 of the 35 Walgreens locations. Five large Kroger stores were identified as pickup hubs and sourced inventory to meet a four-hour collection deadline. Larger stores had physical space to stage in lockers ambient, refrigerated or frozen orders, which were picked and delivered by a third party.

Given the average size of the Kroger stores in Knoxville, the average length of the shopping trip is getting longer, not shorter, so the proliferation of pickup locations is a positive step toward recovering some of Kroger’s lost share of convenience shopping trips.

The relationship can take many paths forward. One could see Kroger and Walgreens expand into additional categories with a third-party distributor-sourced product likely to be the most vulnerable to group purchasing-order substitution, probably within the Knoxville pilot. It’s also conceivable that Kroger Express could be expanded to other markets. Extending the pilot evaluation period to a one-year minimum to accurately predict overlap category sales cannibalization for stores within a 1-mile radius may be necessary before selecting expansion markets.

If net sales gains for both retailers are attractive, then several scenarios are possible.

We could see expansion involving 48 Kroger stores in the Davidson and Murfreesboro suburbs of Nashville, or the 126 Atlanta-area Kroger stores. There are also 15 to 21 Walgreens stronghold states with 200-plus Walgreens stores that could benefit from Kroger’s existing distribution. This would improve Kroger’s position in weaker markets, bolster Walgreens’ position relative to CVS Health and potentially address some food desert situations. 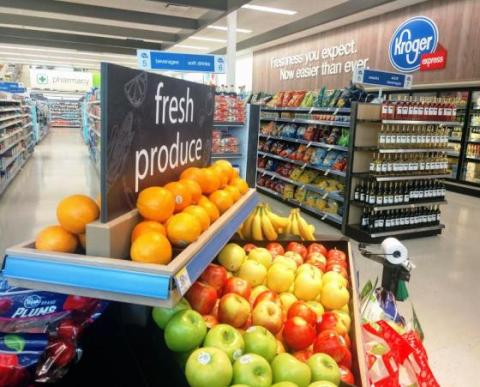 In addition, Kroger’s investment in distribution center infrastructure to support existing Walgreens stores is almost certainly a better ROI proposition than the prohibitive cost and time involved in building its own store network. Then there’s the issue of expanding the Kroger-Ocado smart-platform customer fulfillment centers to supply Walgreens stores. In a state such as Florida, where Walgreens operates roughly 800 locations, such an arrangement offers huge potential. The Walgreens brand could also be rolled out to other Kroger banners currently selling Kroger private label.

The in-store performance benefits for Walgreens are clear: Conversion of unproductive front end space, particularly in 4,250-square-foot extended refrigeration concept stores, is a big net gain. Cannibalization results for the Walgreens brand are uncertain, especially given current pricing instability. But store close proximity is bound to impact Walgreens sales of its own brand, notably if Kroger implements a discounting strategy. The proliferation of signage and unique white Walgreens shelving in the Kroger pharmacy section appears to suggest that a transition to Walgreens is just a matter of time.

Kroger’s external gains in improved cost of goods sold, increased volume of Kroger manufacturer products, and supply chain leverage, plus additional pickup locations, appear to outweigh any in-store benefits. The space adjacent to the pharmacy isn’t prime in-store real estate, which mitigates the potential gains by comparison to Walgreens’ replacement of front end photo-processing departments at many of its stores.

All of the aspects of the Kroger-Walgreens partnership that made sense 18 months ago make even more sense going forward.

Walgreens operates 9,277 drug stores, with a presence in all 50 states, the District of Columbia, Puerto Rico, and the U.S. Virgin Islands, along with its omnichannel business, Walgreens.com. The company is No. 4 on The PG 100, Progressive Grocer's 2020 list of the top food retailers in North America.